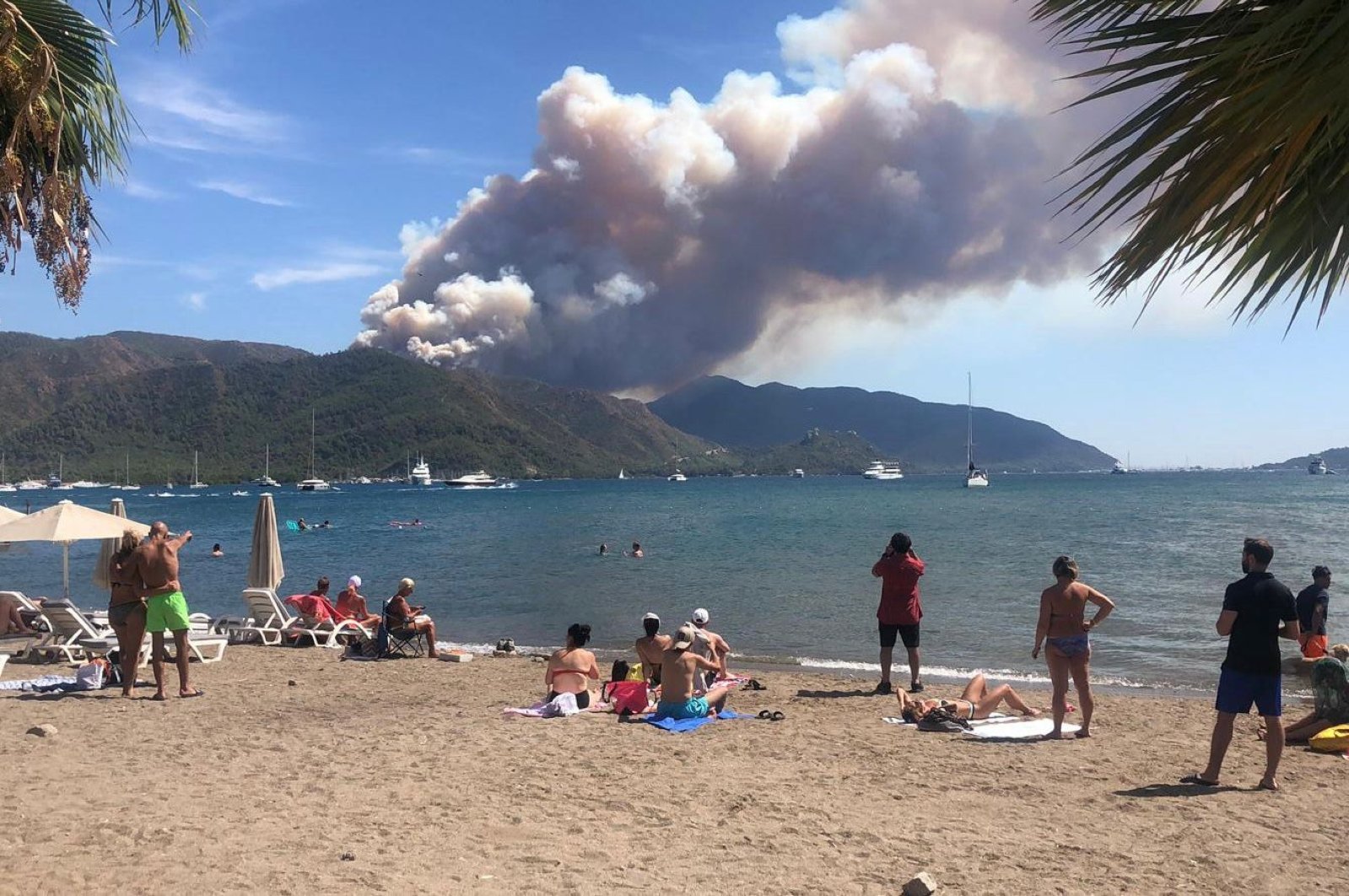 Strong winds fueled the fire. Fifteen helicopters and eight planes dumped water on the blaze, while 500 forest officers, 40 tankers and police water cannons worked on the ground to put out the blaze while holidaymakers on a beach in a few kilometers of the area affected by the forest fires watched them. The fire occurred near a naval base and military fire engines and personnel responded to the blaze to prevent the flames from reaching the base. Locals with water tanks also helped the crews by towing them with their tractors.

Keep up to date with what is happening in Turkey, in its region and in the world.