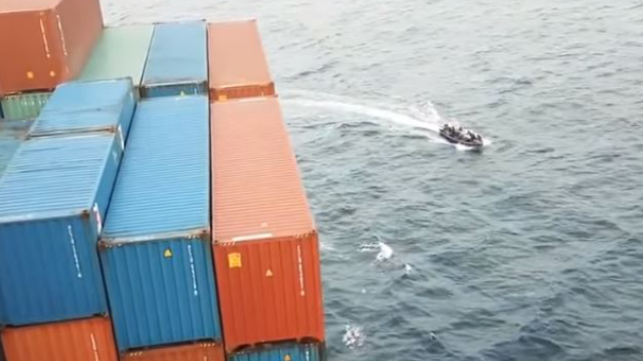 Who should pay on average?

Every sea voyage is a maritime adventure. All parties interested in the adventure share certain risks. For example, if a laden vessel fails and the shipowner bears the refloating costs and bears the damage to its hull and propeller during the refloating, the shipowner will be entitled to a contribution on the interest on the cargo. representing the value of the cargo. saved by exercise versus the value of the ship saved by exercise.

However, an exception is that if the breakdown occurred because the vessel was not seaworthy at the start of the voyage, which constitutes a breach of the shipowner’s obligations, then the shipowner will not have right to contribution. Likewise, the ransom paid to the pirates to dispose of the ship and the cargo is recoverable in general average in the applicable proportion.

A general average act occurs when a party to a maritime adventure makes an extraordinary expense or sacrifice in time of peril to preserve the property at risk in the common adventure. General average is a thousand-year-old concept of mutual insurance in joint maritime adventures that has outlived the more recent concept of commercial insurance. Today, the general average contribution payable by cargo interest will be paid by the cargo insurers, while the general average contribution to be made by the shipowner will be covered by H&M insurers. Having said that, it should be remembered that it is common for importers to underestimate the importance of insurance and have their cargo transported without insurance.

There are three types of sources of law or general average rules. First of all, common law. Second, a law such as the British Marine Insurance Act of 1906. Third and most popularly, the York Antwerp Rules, a set of standard conditions often voluntarily incorporated by contract in bills of lading and charter parties. The rules have been in place since 1890 and have undergone various revisions, the latest being the 2016 version.

Two recent cases have stirred the waters over the general average contribution payable by cargo interest for ransoms paid to pirates. The first was the Longchamp, ruled by the Supreme Court of the United Kingdom in 2017. The Longchamp was boarded and hijacked by pirates in the Gulf of Aden while carrying cargo under a bill of lading subject to the rules from York Antwerp 1974. The pirates demanded $ 6. million ransom for disembarking and freeing the ship. The owner negotiated for 51 days and reduced the ransom to $ 1.85 million, which was paid, and the ship with the cargo was released. The cost of operating expenses incurred by the owners over the 51 days was $ 160,000, which the owners claimed on average the contribution of interest from the cargo along with the ransom paid.

The second was The Polar, decided by the High Court of England in 2020. The Polar was carrying 70,000 tonnes of fuel oil as part of a travel charter party. Under the charter party, charterers had to pay for Kidnapping and Ransom Insurance (K&R) and war risk policy. The charter party incorporated the York Antwerp rules. Bills of lading were issued, as often happens, incorporating the charter party. The ship was kidnapped while crossing the Gulf of Aden. A ransom was paid to the pirates for the ship and cargo to be freed. The owners have filed a general average contribution claim against the cargo owners under invoices in accordance with York Antwerp’s rules for ransom payment.

Sir Nigel Teare felt that between owners and charterers, the insurance clause created a “full code” – whereby charterers would pay the premium and the owners’ only recourse was the insurance fund – so charterers were released from the obligation to pay a general average contribution when the insured risk materializes.

However, when asked whether the exception to the obligation to contribute to general average extended to bearers of bills of lading, His Lordship replied in the negative. His Lordship considered that the exception in favor of charterers in the charter party was not incorporated in the bills of lading by a general incorporation clause. This was because the responsibility for paying the premium did not lie with the bill holders. Thus, the bearer of the effects cannot avail himself of the exception. Consequently, the interest of the cargo was liable to contribute to general average.

Dr Arun Kasi is a lawyer and attorney in Malaysia. He specializes in the arbitration of charter disputes under the terms of the LMAA and the SCMA. He is the author of The Law of Carriage of Goods by Sea (Springer: 2021). For more information, visit https://arunkasico.com.

The author thanks Ms. Karthika Arunachalam for proofreading this article.

The opinions expressed here are those of the author and not necessarily those of The Maritime Executive.

How to Protect Your Packages From “Porch Hackers” This Holiday Season

Gujarat: 2 cargo ships collide in the Gulf of Kutch, no casualties