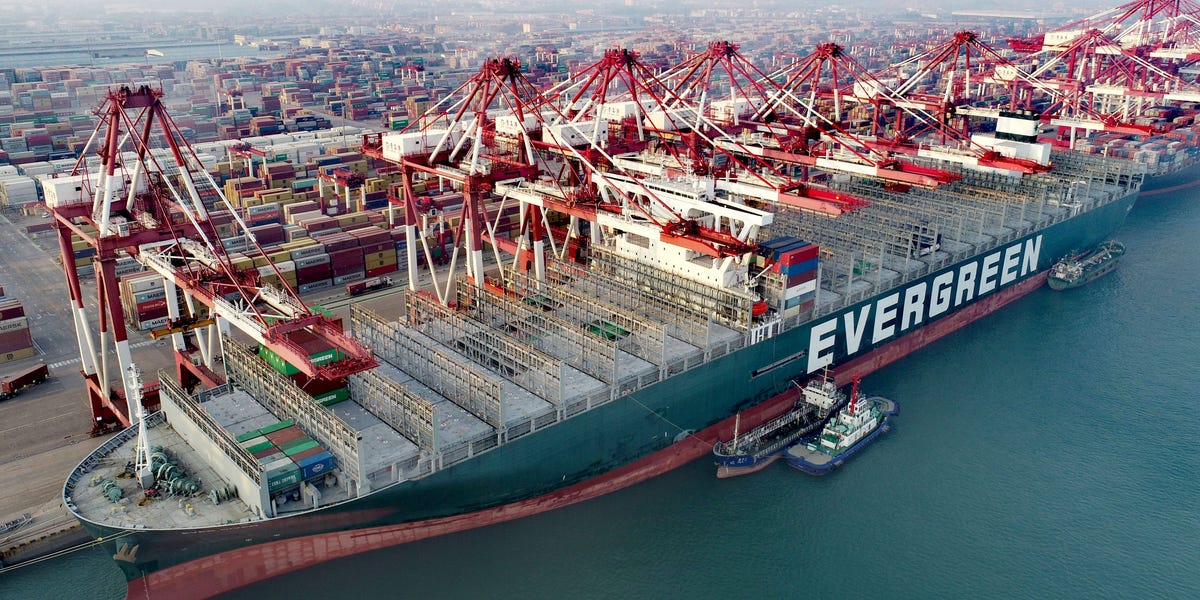 US spends billions to deepen US ports for mega ships

The Ever Ace, the world’s largest freighter, is as long as four football fields and can carry over 23,000 containers.

Container ships like this have more than doubled in size over the past decade. While massive ships may hold more Amazon orders than you might imagine, the rapid growth presents a problem for US ports – ships cannot enter most ports.

In response, the Army Corp of Engineers allocated billions of dollars to deepen ports across the United States.

From Massachusetts to Alabama, officials say ports must accommodate large ships in order to remain competitive in global trade.

At the Port of New York and New Jersey, a $ 2.1 billion port deepening project has freed up access to “post-panamax” ships, the name of the mega-ships too big to cross the Canal. Panama.

The larger-than-life size of the ships may be contributing to the supply chain crisis that has caused record backlogs at U.S. ports, an expert told Insider.

“Part of the problem is that the ships are double or triple the size of the ships we saw 10 or 15 years ago,” said Kip Louttit, executive director of the Marine Exchange of Southern California. “They take longer to unload. You need more trucks, more trains, more warehouses to put the cargo. “

Insider has compiled a list of 10 port deepening projects currently underway and the reported budgets for each. Most projects receive federal and state funding.