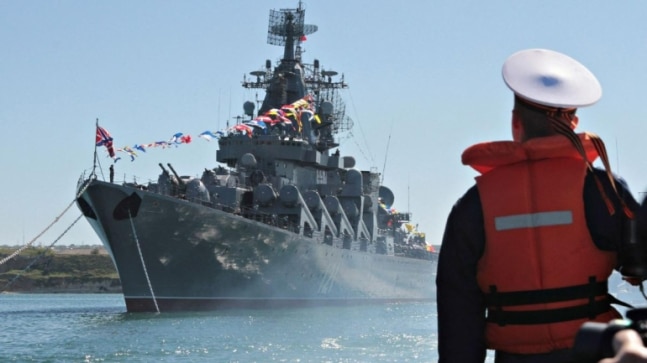 The United States had provided Ukraine with information on the location of the valuable Russian warship Moskva before it sank, sources said.

Intelligence shared by the United States on the location of the Russian warship in the Black Sea helped Ukraine sink the guided-missile cruiser Moskva. (Photo: Reuters)

Intelligence shared by the United States on the location of the Russian warship in the Black Sea helped Ukraine sink the missile cruiser Moskva – before the strike that sank it, sources said.

A US official told the Guardian that the decision to target the Russian flagship in the Black Sea with anti-ship missiles was Ukraine’s, but the US provided “a range of intelligence”, including the location of these vessels.

The revelation of US support for Ukraine in the attack on the main Russian warship comes to the fore as the Biden administration is under pressure from Republicans to do more to support Ukraine against the Russian invasion and that polls suggested Americans doubted President Joe Biden was tough enough on Moscow.

Russia says its lead warship in the Black Sea sank after an explosion and fire that Ukraine says was caused by a missile strike, dealing a blow to Moscow as it prepares to new attacks that could determine the outcome of the conflict.

Read: RIP Moskva: How Russians mourned the disappearance of a warship

The Moskva, flagship of Russia’s Black Sea Fleet, sank while being towed to port in stormy weather, Russian news agencies quoted the Defense Ministry as saying.