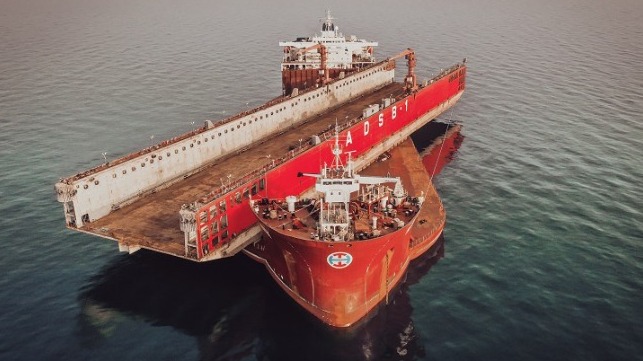 The heavy haul industry is called upon to manage unique projects that often require the transport of large or heavy structures over long distances. Recently, the Norwegian contractor specializing in heavy haulage and OHT installation was given the unique challenge of transporting a 590-foot-long floating dry dock over nearly 10,500 nautical miles for Promaritime.

The floating dry dock, which measures 590 feet in length and 121 feet in width, was located in Abu Dhabi in the United Arab Emirates. It was to be transported to Northern Europe for final deployment in France.

The ship in charge of moving the dry dock was the Hawk. Despite being among the five largest heavy-lift semi-submersible vessels in the world, the Hawk only has 515 feet of free deck length. 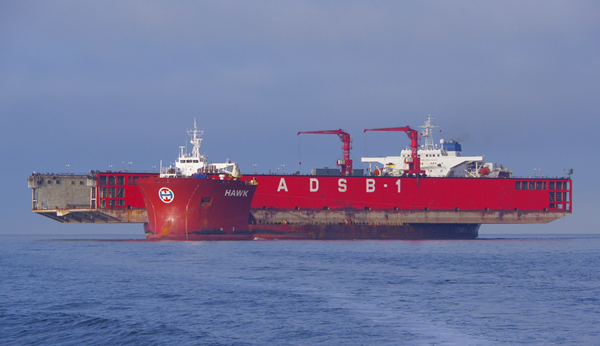 The solution developed by OHT was to load the huge dry dock diagonally for the trip. This meant that the dry dock overlooked the sides of the ship, which is already 182 feet wide. The width of the entire transport was nearly 400 feet, with the dry dock overhanging each side of the Hawk by about 105 feet.

“With the exceptional experience of the captain and crew aboard the ship, Hawk was able to navigate safely around the Cape of Good Hope with only minimal delays due to inclement weather and without stopping in a harbor. of peace such as Port Elizabeth “, reports the OHT.

The transit was completed in 40 days. The day after the Hawk arrived in Brest, the dry dock was unloaded. It was then towed to the Damen shipyard where it is currently being repaired and receives a new coat of paint. After the shipyard, the dry dock will be towed to the port of Rouen, where it will begin operations. 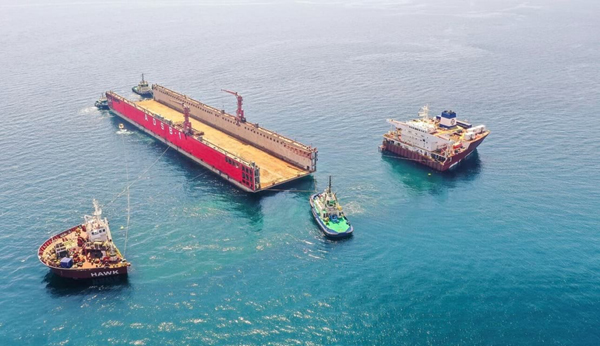 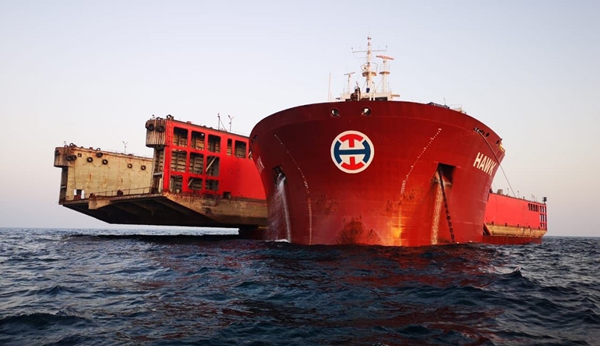