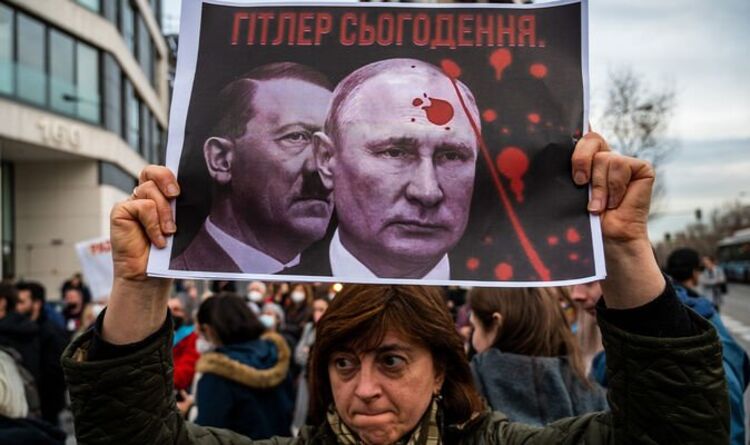 Ukrainian President Volodymyr Zelensky, speaking to CNN’s Fareed Zakaria, said Russia would not have invaded Ukraine if the country had been admitted to NATO earlier.

He said: “If we were members of NATO, a war would not have started. I would like to receive security guarantees for my country, for my people.

Stressing that he was grateful for the help the Alliance has provided since the attacks on Moscow began, he said: “If NATO members are ready to see us in the alliance, then do so. immediately because people are dying every day.

“But if you’re not ready to preserve the lives of our people, if you just want to see us straddling two worlds, if you want to see us in this questionable position where we don’t understand whether you can accept us or not – you can’t put us in this situation, you can’t force us to be in this limbo.”

He continued: “I asked them personally to say directly that we are going to accept you into NATO in a year or two or five, just say it directly and clearly, or just say no.

“And the answer was very clear, you’re not going to be a member of NATO, but publicly the doors will remain open.”

Then, when asked about Putin’s claims that the Ukrainian government is full of neo-Nazis, Mr Zelensky said he could not take the statements “seriously”, calling them “laughable”.

Still, he admitted that the Russian president’s comments worried him.

He said: “I’m not scared of anything but people, but the fact, the fact is if he’s serious about that statement he might be able to take some very awful steps because that would mean it’s not a game for him.

“If he really believes in it, if it’s not a game, then we will continue to fight against it.

“If it’s a game. But if it’s not a game, if he’s serious, if he thinks it’s his mission to conquer our territory and if he sees signs of neo-Nazis in our country, so many questions arise about what else it is capable of doing for its ambitions, for its mission.”