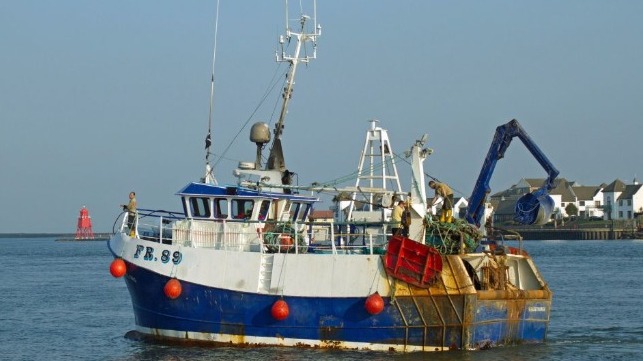 UK has the opportunity to decarbonize its fishing fleet after Brexit

The UK sees itself as a climate leader on the world stage, leading the way with an impressive roadmap to reducing its greenhouse gas emissions. It was the first country in the world to set statutory carbon emission reduction targets in its 2008 climate change law, and in 2019 passed a net zero emissions law.

The UK has placed “clean growth” at the heart of its modern industrial strategy, aiming for a greener economy. This includes the UK fishing industry, and in a new report a group of NGOs – WWF UK, MarFishEco Fisheries Consultants, Marine Conservation Society and Royal Society for the Protection of Birds (RSPB) – reviewed the response from the UK fishing industry to climate change. mitigation.

Shipping companies are already working hard to reduce their emissions, and orders to modernize and design energy-efficient ship propulsion systems are at an all-time high. The fishing industry is likely to be the next target.

The new report argues that the UK fishing industry is generally absent from greenhouse gas (GHG) assessments, which has also led it to be ignored in climate negotiations. Inefficient fleet structures, government fuel subsidies and lack of incentives for decarbonization are some of the main factors that have allowed the industry to stagnate in reducing carbon emissions. A fishing industry that does not respond to climate smart approaches risks undermining the UK’s overall efforts to reduce carbon emissions, the report warns.

In its current practice, how does the UK fishing industry deviate from the government’s net zero emissions targets?

In 2018, the UK fishing fleet was the EU’s seventh in terms of number of vessels and second in terms of tonnage. After Brexit, Britain is now an independent coastal state with around 5,911 fishing vessels.

Pelagic species, crustaceans and demersal fish constitute the highest landings in the UK by volume, requiring the use of bottom-drawn fishing gear during extraction. Extensive bottom trawling and dredging pose a major threat to blue carbon stored in UK seas and potentially result in the release of carbon to the water column and atmosphere, resulting in GHG emissions.

On the UK’s vast ocean shelf, only 1.7 percent is currently restricted to bottom trawl gear. In addition, of the 372 marine protected areas (MPAs) in the UK, only four covering 25 square kilometers are fully protected from fishing activities. Consequently, bottom fishing remains unlimited in UK MPAs, where important ecosystems, species and blue carbon stores must be protected. This is an opportunity for the industry to decarbonise itself.

In addition, with a relatively large fleet, the UK fishing industry requires significant fossil fuels to operate. Most of these vessels are around 30 years old – the current lifespan of a typical fishing vessel – and they can be considered less fuel efficient, contributing to higher GHG emissions compared to newer vessels. Vessel operators are also eligible for fuel tax refunds, and ‘red’ diesel is the most commonly used diesel fuel in UK fishing vessels. He is entitled to a tax allowance of 46.81 pence per liter (PPL), which equates to about an 80% tax subsidy, according to data available on the HM Revenue and Customs website. Although in March the government announced policy changes to limit rights to the use of red diesel and discount biofuels, the fishing industry will continue to reap the benefits of fuel subsidies.

Meanwhile, November 2020 was a historic moment as the UK regained control of territorial waters for the first time since 1973. The UK Fisheries Act (2020) made this change, and although legislation recognizes the contribution of the fishing industry to climate change, it fails to mention the mitigation process.

Nonetheless, the crux of decarbonising the UK fishing industry is the removal of fuel subsidies. This would ‘increase fuel costs for the fishery, which should reduce overcapacity and actively help move UK fisheries away from fuel-intensive types of fishing gear such as dredges and bottom trawlers, towards lower emission methods, ”the report notes.

Following the launch of the UK’s Clean Maritime Plan in July 2019, there are attempts to accelerate innovations in the shipping and fishing industry that could ultimately help reduce the carbon footprint. Take the case of Orkney’s SURF ‘N’ TURF project, which uses renewable energy sources near the island and converts them into green hydrogen fuel for ships operating in Kirkwall.

Arguably, the technology to support zero emission fishing vessels is still nascent and expensive, but there are still fruits at hand. The report highlights some key opportunities, including a limit to towed bottom fishing gear in the MPA and a mandate requiring electronic remote monitoring (REM) incorporating vessel monitoring systems (VMS).

How long does it take to build a sea container?