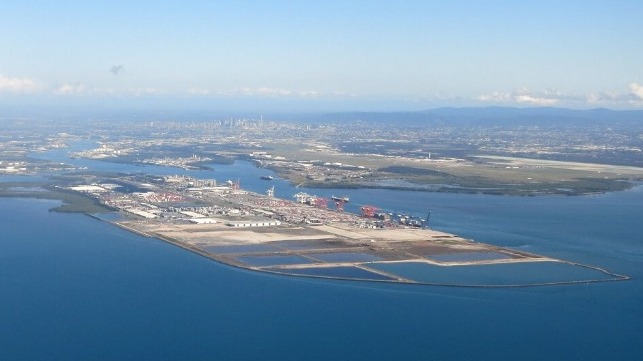 Two boxships detach from their moorings in five days in Brisbane


Australian authorities are investigating two escape incidents involving container ships in the space of five days in the Port of Brisbane.

In the first incident, the Panamax container ship OOCL Brisbane broke away from its berth at the terminal. Her moorings parted shortly after another vessel, the Delos Wave, passed through the adjacent channel.

The ship’s crew used the engine and bow thruster to maintain control and temporarily anchored until harbor tugs arrived. A port pilot boarded the ship and, with the help of several tugs, brought it to a nearby anchorage.

In the second incident, the 5,800 TEU CMA CGM Bellini was carrying cargo alongside a berth when two of her forward mooring lines separated and the ship’s bow drifted away from the berth. . As in the previous incident, the lines parted when another vessel, the APL Scotland, overtook the vessel moored in the adjacent channel.

With the help of a harbor tug, the ship was safely moored alongside the quay. Freight operations resumed soon after.

The ATSB expects to complete its investigation of the two breakaway incidents in the fourth quarter of the year, although it may issue a safety bulletin sooner if the need arises.

More than 2,300 ships call at Brisbane each year and its container terminals handle 1.5 million TEUs annually. The port is currently undergoing a five-year, $330 million expansion program that includes the development of wharf infrastructure to accommodate larger vessels.