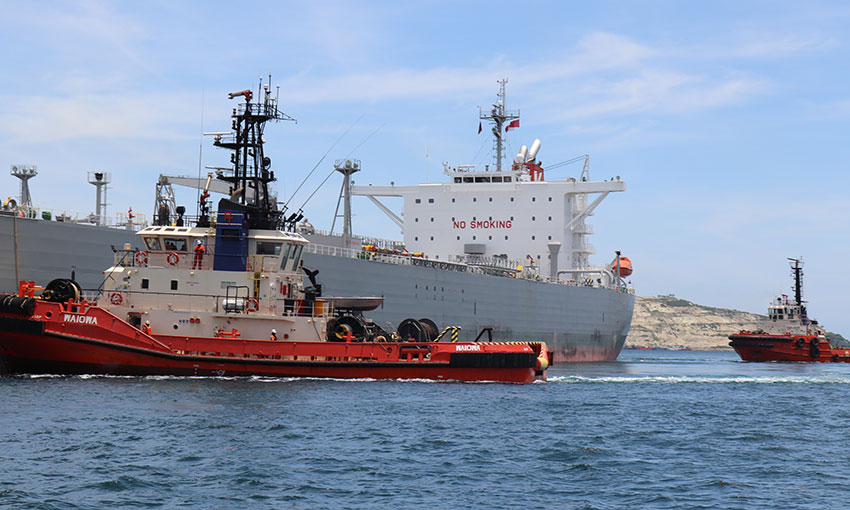 Pacific Towing (PacTow) celebrates the return of its tugboat Waiowa at the water. One of PacTow’s 11 tugs, Waiowa is back to work following an engine replacement. Primarily used for deep sea towing and salvage projects, Waiowa has already been used on three projects since joining the PacTow fleet.

Waiowa is a 35-meter-long Azimuth Propulsion Tug (ASD) with a bollard pull of 57 tons and braking power of 4,300 horsepower. Although his home base is the PacTow headquarters in Port Moresby, Waiowa will be deployed throughout PNG and Melanesia, as well as further afield in Southeast Asia and Oceania, as required.

PacTow’s in-house workshop, maintenance and engineering teams are installed Waiowawhich was purchased in India with the assistance of Australia Pacific Maritime.

PacTow chief executive Neil Papenfus said supply chain challenges from COVID-19 had delayed the engine replacement, but that Waiowa is “in class with Lloyd’s Register, fully operational and brand new”.

the WaiowaReplacing the engine was a multi-step undertaking. First, the old engine was stripped of all bolt-on parts while still inside the Waiowa. While in drydock at PNG Dock Yards, the side of the hull was opened up (approximately 2.2 meters high by 1.5 meters wide) so that the old main engine tablature could be removed.

The new engine, weighing just under 20 tonnes, was hoisted on a structure of purpose-built rails so that it could be rolled through the hole cut in the hull to Waiowathe engine room. Once inside, the engine was again hoisted up and then rotated 90 degrees so that it lined up with the gearbox.

The hull was then welded and vacuum tested before being removed from the mooring and relaunched. The PacTow team then worked on reassembling the modified starboard self-contained lube oil system, cooling water mechanisms, seawater piping, electrical and other systems.

Papenfus stated that the installation of the WaiowaThe new 19.7 tonne engine required “engineering excellence, innovation and a lot of teamwork” and “PacTow is fortunate to have its own in-house expertise and ability to conduct maintenance projects major on our fleet”.

In-house capacity has never been more valuable to businesses in PNG than in the past two years, when it was nearly impossible to bring in specialist technicians into the country and when international supply chains are so unreliable.

PacTow provides marine services throughout PNG and the wider Pacific. PacTow is part of a larger sea and land logistics group wholly owned by Steamships Limited.