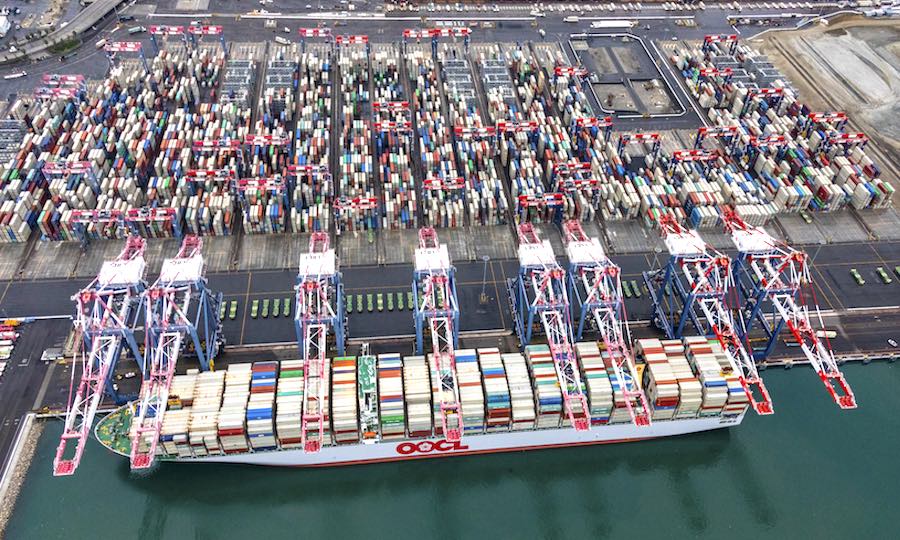 The Port of Long Beach joins the Green Shipping Corridor

The Port of Long Beach has joined the Shanghai-Los Angeles Green Shipping Corridor, a partnership of C40 Cities – a network of mayors from nearly 100 major global cities working together to address the climate crisis – ports, shipping companies and shipowners came together to create a zero-emission transpacific trade route.

First announced in January by C40 Cities, the Ports of Shanghai and Los Angeles and other key maritime players, the Shanghai-Los Angeles Green Transport Corridor aims to decarbonize shipping between China’s busiest ports. and the United States.

The partnership intends to work together to achieve these goals by developing an implementation plan by the end of 2022 that will include deliverables, targets and milestones, as well as participant roles.
“There is an urgent need to accelerate efforts to decarbonize the shipping sector if we are to limit global warming to 1.5 degrees Celsius,” C40 executive director Mark Watts said in a statement. “By convening a powerful coalition that includes the San Pedro Bay Port Complex, the Port of Shanghai and major players in the maritime industry, we hope to be a significant catalyst in decarbonizing supply chains of all kinds at around the world, while creating a replicable model for other port cities to follow.

Key decarbonization goals of the Green Shipping Corridor partnership include the gradual introduction of low-, ultra-low- and zero-carbon ships during the 2020s, with the world’s first zero-carbon transpacific container ships introduced by 2030 by qualified and voluntary carriers. lines; the development of best management practices to help reduce emissions and improve the efficiency of all ships using this international trade corridor; and reducing supply chain emissions from port operations and improving air quality in the ports of Shanghai, Los Angeles and Long Beach and adjacent communities.

‘The Long Road:’ 2 Marines marching across America along Route 20 to raise awareness of MIAs