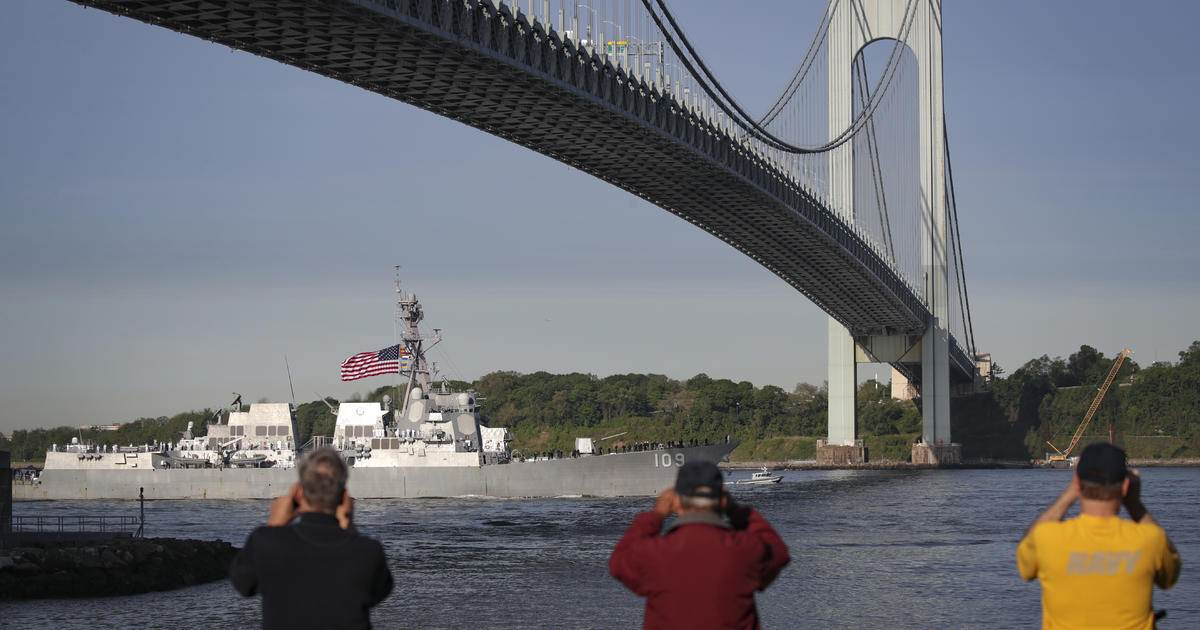 Throughout Wednesday, CBS2 watched the majestic parade of ships kick off Fleet Week in New York.

One ship not taking part in the organized festivities is the Coast Guard Cutter Penobscot Bay, but that doesn’t mean her service shouldn’t be celebrated. CBS2’s Maurice Dubois got a first-hand look at life aboard this ship.

He was welcomed aboard the 140ft vessel at the Port of Bayonne.

“We’re coming down the Verrazano Bridge, just to fly the American flag and the Coast Guard flag to show that we have a presence on the Hudson River,” the lieutenant commander said. said Pat Bennett.

Bennett said presence is the cornerstone of the security, law enforcement and rescue operations the ship is responsible for on the waterways.

“So that’s your basic patrol mission, isn’t it?” asked Dubois.

“The Coast Guard is there to respond to any threat there may be,” Bennett said.

In fact, the Penobscot Bay was called on a special mission last month.

“The most recent threat we saw was the Brooklyn subway shooting. We were called out at any time,” Bennett said.

“What did you think of it?” Personally, you and the crew? asked Dubois.

“So for me, I thought, was this going to be modern 9/11? I thought about it because we had no idea,” Bennett said.

It’s all part of the day-to-day operations of the Coast Guard, the country’s first armed force at sea, established in 1790.

There is a crew of 18 currently living aboard the Penobscot Bay.

Tahincioglu gave Dubois a tour of the ship, showing the captain’s quarters, and he explained a tradition on deck.

“Only the captain is allowed to sit on this chair,” Tahincioglu said.

Dubois also saw the refectory, the kitchen, the engine room and the technical control center.

The Penobscot Bay was built in 1985, one of nine Coast Guard icebreaker tugs.

“Come in January, it’s the season for us,” Tahincioglu said.

Icebreaking is a critical area of ​​responsibility for maintaining commercial marine traffic, including the transportation of gasoline and heating oil, between Albany and lower Hudson Bay.

“How do you feel about working in a place like this?” asked Dubois.

“Every day you see something different and you always learn, every time we go out,” said one sailor.

“You come into New York Harbor, see the horizon to know it’s there. There’s some meaning there,” one sailor said.

“What does Fleet Week mean to you? asked Dubois.

“It’s one of the few times of the year when we’re on the front line,” said a sailor.

“The Coast Guard doesn’t usually get recognition like this, but we did this week, and that’s great,” Bennett added.

Drone fishermen are in the hot seat