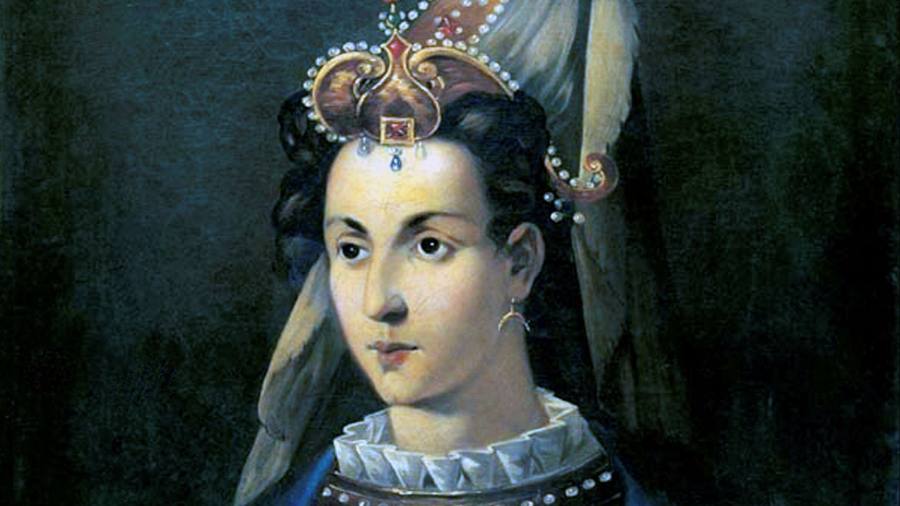 One of the most powerful Ukrainians in history plays first a background, then a main role in The Lion’s House. Hurrem Sultan, often known in the West as Roxelana, was the daughter of an Orthodox priest possibly named Lisowski. Trafficked from Ruthenia as a captive slave in Istanbul, the trainee concubine joined the Ottoman royal harem. Not only “lovable, graceful, and petite,” but armed with steely “ambition and intelligence,” she began her skillfully managed rise.

Unlike her exact contemporary Anne Boleyn, the sultan’s bedfellow, inaccurately nicknamed “the Russian,” kept her head held high in every way. The Lion’s House ends with the cunning and charming Hurrem, having borne three healthy sons to her master, finally married to the Ottoman ruler and ready to expand both “the political and procreative components of her power”.

Christopher de Bellaigue’s previous books have shown his courage both as a journalist-scholar of the modern Middle East and, as a Islamic Enlightenmentpanoramic historian of the cultural mutations of the region. The Lion’s House sticks to its native territory but returns to the 16th century, the zenith of Ottoman power, when a growing Muslim empire sowed fear and terror among all the Christian kings.

The style of the book opens a new chapter for de Bellaigue. It tells the story of the first 16 years (1520-1536) of the reign of Suleiman the Magnificent in an urgent, immersive and present-day gallop. As it moves from one grand schemer’s schemes to another and spans Ottoman domains from the outskirts of Vienna to Egypt and Iran, the book reads like a non-fiction novel – or a prose version of the popular Turkish TV saga. The magnificent century. Every once in a while, cinematically vivid tableaus bring its (literally) dizzying political intrigue to a halt. Each starry scene, such as the fortnight-long celebration of the circumcision of the sultan’s sons which transforms the sky of Istanbul into a “pyrotechnic paradise”, rests on a solid base in primary sources – letters, diaries, diplomatic reports – cited at the end. Some come from Ottoman writers; many, especially, Venetians.

In the 1520s, the simmering conflict between Muslim and Christian powers on land and sea resolved into a stalemate between Suleyman – heir to his father Selim I’s series of conquests – and Holy Roman Emperor Charles V , in 1521 the lord of a transcontinental kingdom that stretched from Mexico through Spain and Italy to Austria and the Netherlands.

“The world can no longer bear two suns”, wrote the great humanist Erasmus. Merchant Venice, however, that super-rich but fragile “storefront without a store,” liked it that way. De Bellaigue enriches his narrative with the colorful and meticulous dispatches of his traders, envoys and spies as the Doge’s subjects embraced the sultan but still sought to be “all for all”.

Not only precious stones, silks, spices and ideas linked Venice and Istanbul. Just like the ties of friendship, debt or blood. Two servants of the sultan born in Venetian territory dominate The Lion’s House: Ibrahim Pasha of Parga (now in northern Greece), the gifted, mercurial and power-hungry grand vizier of Suleyman, and Alvise Gritti, son of the aging Doge and plutocratic go-between in Istanbul. Ibrahim had been enslaved and converted to Islam; Gritti, known as Beyoglu, remained a nominal Christian.

In the Ottoman-Venetian relationship, we are witnessing less a “clash of civilizations” (although the two sides have sometimes chosen to phrase it in these terms) than an intimate and messy family feud. The Sultan himself, meanwhile, broods behind the scenes, then acts swiftly and bloodily, “an icon on the scale of Aya Sofya [the city’s stupendous cathedral-turned-mosque]so incomprehensibly large that it is invisible”.

De Bellaigue calls the Venetian diarist Marin Sanudo, a minor patrician whose diary of 40 years of news and gossip gives historians a valuable key to the events of that period, “an abundant” that accumulates data and detail. Whether with jewel-encrusted crowns, gourmet palace banquets, dusty Balkan battlefields or the pirate chaos of North Africa, he often does the same himself. Yet behind the bejeweled descriptive prose, a pulse of action takes us through Suleyman’s victories on land, the bloody stalemate in Hungary that thwarted both the crescent and the cross, and the pirate empire waves built by the red-bearded Admiral Hayreddin, aka Barbarossa, of Lesbos.

The “Ottoman steppe army, mostly carried by horses”, can win easy victories against the warlords in Serbia or Syria. But new combat styles, both military and naval, are beginning to curb the Sultan’s reach. St Stephen’s in Vienna remains a cathedral today. When it comes to the main players, the “sights of unlimited wealth and influence” that lured Ibrahim and Alvise into a dreadful chasm. When, and how, will the “Makbul”—”the favourite, or the loved one”—be transformed into the “Maktul”: the slain?

Like the Ottoman cavalry at full speed, The Lion’s House races on a vast geostrategic web at high speed. Its swirling dust cloud of gambits, turnovers and betrayals can sometimes block the larger view. Yet de Bellaigue’s scintillating, skilful and often witty prose adds delight to every page, though his flair for demotic comedown – Suleyman’s new palace is his “shit statement”, Ottoman gains mean that “in Vienna it’s creaky bottom time” – may be an acquired taste. Given the rhetorical splendor shown elsewhere, it’s almost as if Sir Walter Scott had suddenly given in to black viper.

The Lion’s House stops dead, Suleyman not yet being halfway through his reign. It reads like the first panel of a promising literary diptych, even a triptych. If so, the next episode should see a Ukrainian triumph. Ride on Roxelane.

The House of the Lion: The coming of a king by Christopher de Bellaigue, Bodley Head, £20, 304 pages

Join our online book group on Facebook at FTBooksCoffee