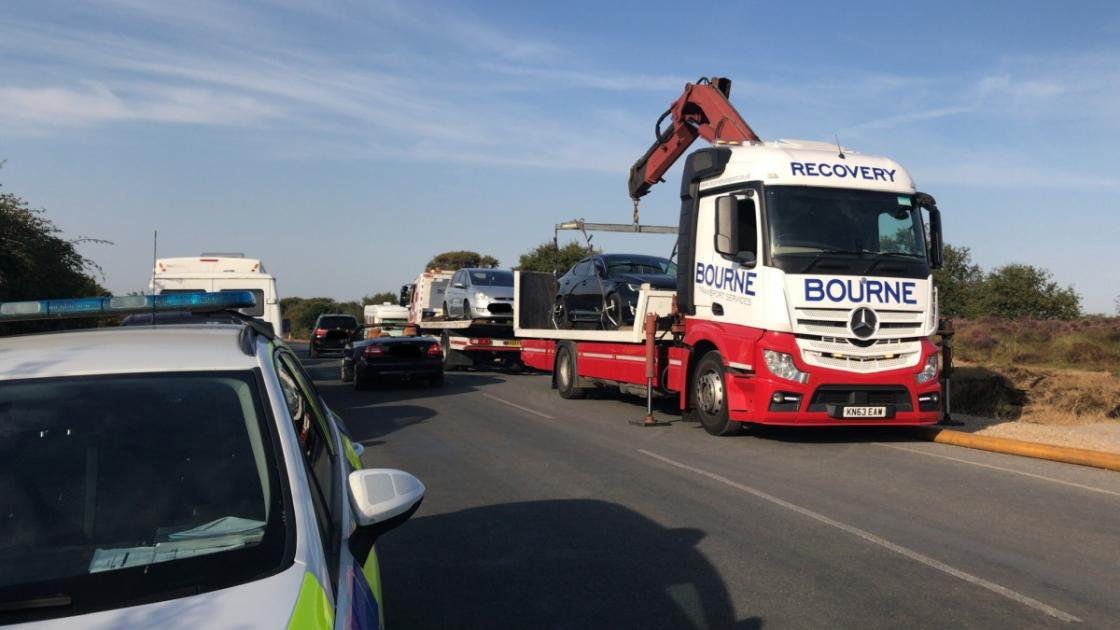 DRIVERS are urged to park only in Studland car parks after motorists ignored no parking signs yesterday as firefighters continue to deal with the aftermath of Friday’s massive blaze.

Firefighters remain at the scene of the blaze this morning with fire crews to continue monitoring the site for the rest of the day.

The fire is believed to have been caused by a campfire and barbecue after they were discovered at the edge of the fire.

Giving an update on Sunday morning, the Dorset and Wiltshire Fire and Rescue Service said: ‘Firefighters are still at the scene this morning and by 12:00 the incident will be reduced to a single device for surveillance All day long.

“Our equipment is still in use along Ferry Road and the NO PARKING restriction will remain in place to enable us to continue working.

“Some vehicles have been towed away for ignoring the signs so please do not park there, car parks are available.”

On Saturday, Purbeck Police said 60 fines were issued and three vehicles were towed to Studland after ignoring ‘no parking’ signs.

Dorset Police said on Saturday they received reports of 300 drivers parking along Ferry Road despite being told not to.

A spokesman said: ‘We have been called to reports that over 300 cars have ignored council no parking signs which have been placed along Ferry Road in Studland to allow firefighters to tackle the large heather fire there.

“Parking restrictions are in place as the water hose runs along the road to allow firefighters to deal with this incident. We have even received reports of motorists moving the hose to allow them to park.

“We urge anyone who has done this to return to their vehicles and move them.

“Please do not park here: our fellow firefighters are working in extreme conditions to fight this fire and they need the public to help them, not hinder them.”

Access to Studland was closed on Saturday with the Sandbanks Ferry decommissioned and Ferry Road and surrounding roads closed during the multi-agency response to the fire.

Smoke could be seen billowing for miles around.