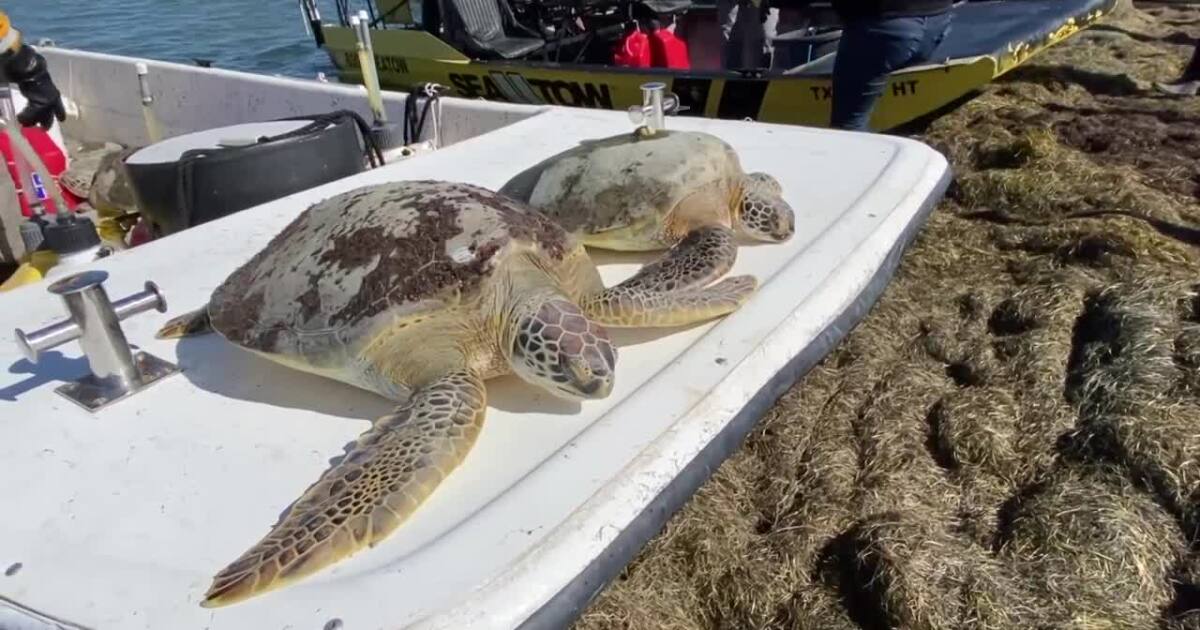 CORPUS CHRISTI, Texas — Brandon Upton and Scott Gunvordahl were loaded onto an airboat Saturday morning at Bluff’s Landing Marina. They were preparing to spend their working day helping to save turtles knocked out in the cold.

Upton and his team with Sea Tow Corpus Christi have been doing this, when the situation arises, since 2016.

“Turtles don’t – they can’t ask for help, so,” said Upton, owner of Sea Tow. “We just take it upon ourselves to come out in the worst of times and do what we can to help.”

The cold weather lasted more than a day when Saturday rolled around. Other turtles stunned by the cold began to rise to the surface.

“When the cold stuns start, most turtles are still rocking in the water,” Upton said. “Go get most of what we can out of the water. And then they get to the point where they’re so lethargic and they can’t swim. And they start washing up on the shores of mess islands. At that point we transfer our efforts… And start to walk and plod through the mud and sand and put them on the boats.

Upton’s first run of the day included scouting the spoil islands heading south along Padre Island. They were able to save around 50 turtles before heading to Padre Island National Seashore (PINS).

There they meet other organizations and volunteers to drop off the rescued turtles.

“Words can’t describe,” Upton said. “We get nothing but the thrill of knowing that we’re doing something for an endangered species.

By mid-afternoon Saturday, Shaver said at least 150 turtles had been found. The Texas Department of Parks and Wildlife told KRIS 6 News that they found 30 turtles.

Once all the turtles have arrived at PINS, they will undergo an initial health screening.

“We have three local rehabilitation centers that we will pass these turtles on to, depending on who has room in their facility at any given point in the admissions process,” Shaver said.

If you find a cold-stunned turtle, we encourage you to report it to 1-866-TURTLE5.