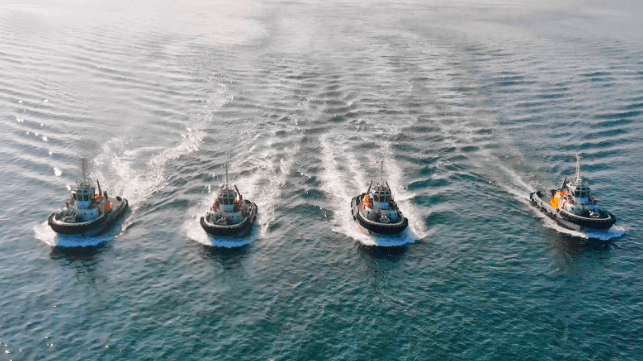 Sanmar Shipyards are celebrating the completion of a record number of vessels in a calendar month, with six tugs and two pilot boats earning their class certificates in January 2022.

The record start to the new year brings the total number of projects completed by Sanmar to over 300, including 302 to date.

Sanmar builds state-of-the-art tugs at its two custom-built shipyards in Turkey. Its production capacity will be further strengthened when a third yard, acquired in 2021, becomes operational and will be optimized for the construction of Sanmar’s new ElectRA series of electric tugs, designed by Robert Allan Ltd.

Ali Gurun, Vice President of Sanmar Shipyards, said, “This is a tremendous achievement and I want to thank everyone involved, not only here at Sanmar, but also those involved at every stage of these projects at our suppliers, our design partners and customers. . I look forward to the commissioning of our new yard so that we can provide even better service to our customers. »

The other two tug projects completed in January were both ASD Bogacay series tugs based on Robert Allan Ltd’s proprietary Sanmar RAMparts 2400SX design. These dual Z-drive diesel tugs have been designed for maximum efficiency in vessel performance – handling tasks for ocean-going vessels.

Bogacay XLIX, powered by two 1,765 kW engines and 60 tons of tractive power, was renamed MED CAPELLA by her new owners MedTug. It will operate in the heart of Northern Europe.