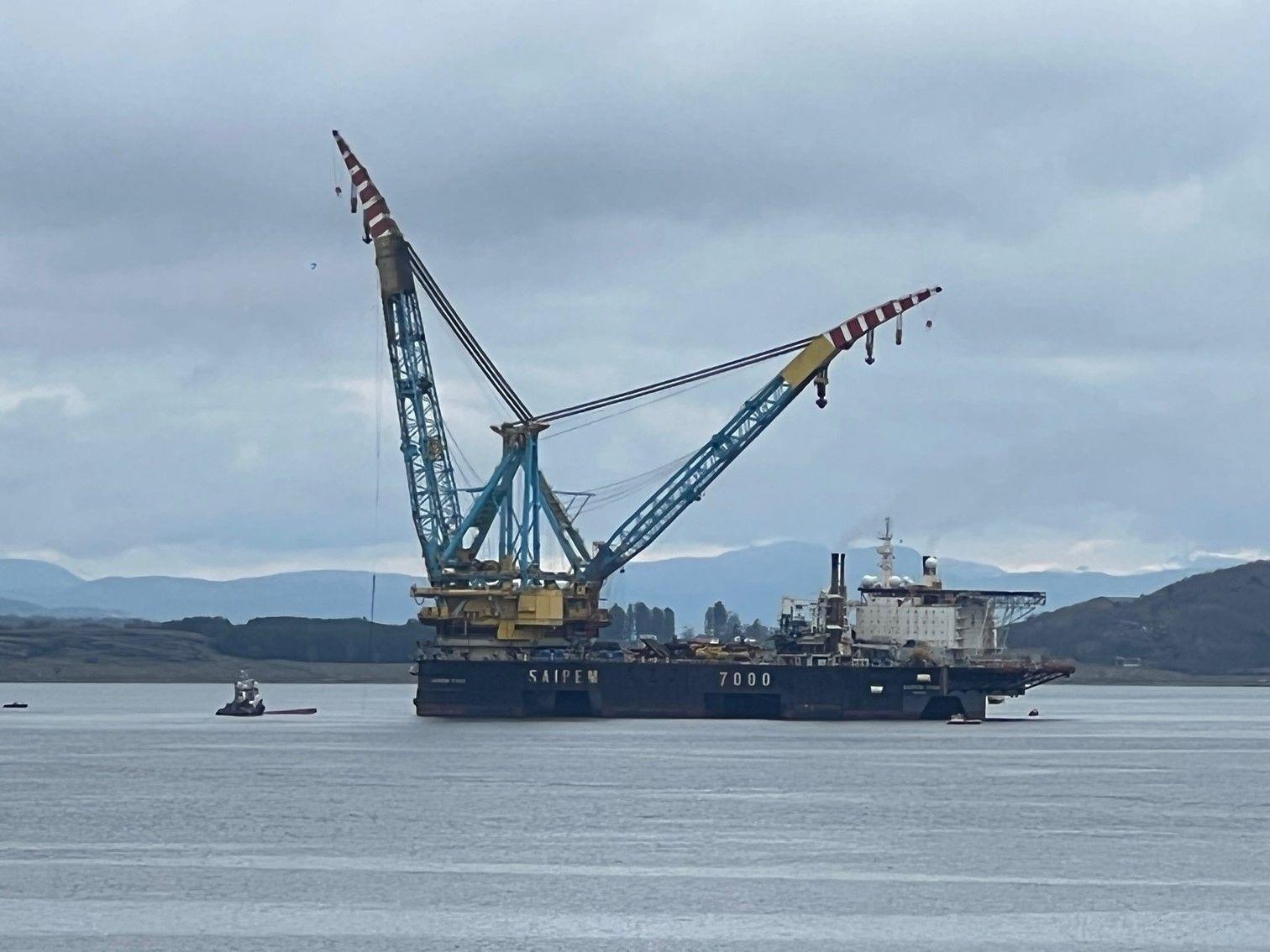 The Saipem 7000 vessel is due to return to Scotland after a crane incident last month.

In a notice to mariners, the developers of the Seagreen offshore wind farm said the heavy-lift vessel is expected to return to Scottish waters around July 1.

Dramatic footage emerged last month of the Saipem 7000 suffering a major lifting malfunction during a load test in Norway.

He dropped two cargo barges into the sea and tipped the ship 198 meters into the water.

However, contractor Saipem confirmed no one was injured and no “significant structural damage” was caused.

The vessel will head for Nigg in the Cromarty Firth to install three legged suction caissons on the wind turbine foundation structures.

Rescue at sea. Current situation
One of the largest Crane ships in the world, bowing after a sudden explosion 20 minutes ago. 275 people on board #Stavanger #Åmøyfjorden #Norway #Saipem7000 #MarineSafety pic.twitter.com/dM8LePv8Dd

Before the crane incident last month, the Saipem 7000 was working installing turbines at Seagreen, Scotland’s largest offshore windfarm, off Angus.

The impact of the recent installation delay has not been clarified by the developers.

When the ship left for Norway, 21 of Seagreen’s 114 wind turbines had been installed on foundation structures.

Phoenix Ghosts are both drones and missiles. How does this change the fight?