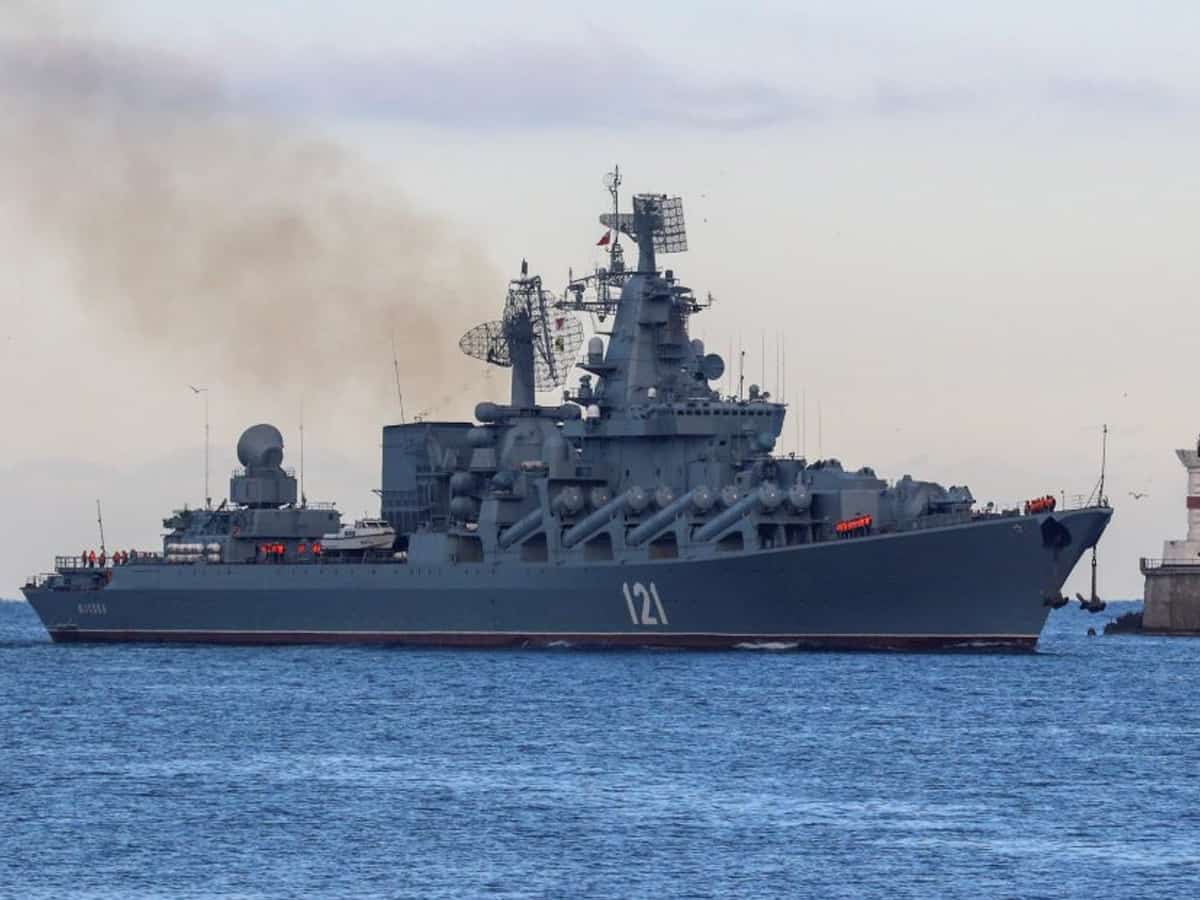 According to the Russian army, the hull of the warship had been damaged by an explosion of ammunition, itself caused by a fire on board, on Wednesday.

Ukrainian officials claimed their forces hit the ship with anti-ship missiles. The Pentagon said it could not confirm the claim. A US drone flew over the cruiser on Thursday, RT reported.

“While being towed to the port of destination, due to hull damage caused by the detonation of ammunition triggered by fire, the cruiser Moskva lost stability. In rough sea conditions, the ship sunk,” the Russian Defense Ministry said.

The Moskva was believed to be about 90 km south of Odessa on Wednesday when a fire broke out on board. This blew up unspecified ammunition magazines, damaging the hull, according to the Russian military.

The crew was evacuated by ships from the nearby Black Sea Fleet and tugs were dispatched to tow Moskva to Crimea for repairs.

As of Thursday morning, Moscow said the explosions on board had ceased and the fire had been extinguished, and the cruiser was on its way to port for repairs. He was not mentioned again during the regular briefing on military operations in Ukraine later in the day.