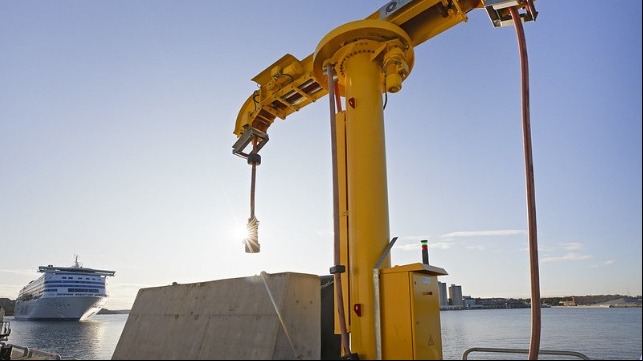 
The European Union highlights a wide range of initiatives agreed at the close of the three-day ocean summit hosted by French President Emmanuel Macron in his role as head of the Council of the European Union. Port authorities and stakeholders from around the world joined the summit in signing a joint commitment to reduce the environmental impact of stopovers made by container ships and cruise ships during their sea voyages. Other agreements focused on illegal fishing and improving understanding of the oceans.

The port declaration was piloted by the French Ministry of Transport and sets a new objective to promote green maritime transport. In announcing the agreement, the organizations said it aligns with the principle of the blue economy, which aims to make all human activities around the seas, rivers and lakes environmentally friendly and sustainable. biodiversity.

The European Investment Bank announced its support for the declaration and confirmed its commitment to supporting a low-carbon economy. EIB Vice-President Ambroise Fayolle stressed that ports play a key role in the global connectivity of European economies and their regions. He noted that the EU has more than 300 seaports, which are part of the Trans-European Transport Network (TEN-T), emissions from ships berthed in EU ports accounted for around 7% of the CO2 emissions of the maritime transport in the EU. in 2020 while contributing to noise in surrounding densely populated urban areas.

“In the fight against climate change, it is therefore fundamental to consider the role of ports as accelerators of the ecological and energy transition and the contribution they can make to reducing global warming,” said Fayolle. “This commitment to deploy onshore power to container ships and cruise ships by 2028 will help achieve the goals set by the Paris Agreement and carbon neutrality at European level by 2050.”

The EU announced a series of additional agreements to come out of the conference as well as the formation of a coalition that will contribute to ongoing negotiations on a high seas treaty currently under discussion at the United Nations. The aim is for the treaty to be finalized and ratified in June 2022. Leaders will meet again in June in Lisbon at the UN Ocean Conference.

The nations participating in the summit joined the EU in pledging to expand their efforts to stop illegal fishing. They pointed out that illegal fishing would account for around a fifth of the world’s fishing, saying they would focus on ports and at sea, creating better controls to end the practice. Other agreements included stopping plastic pollution in the world’s oceans, a digital effort to model the oceans and expanding mapping to reach at least 80% of the world’s seabed by 2030 to improve scientific knowledge. The EU will also strive to improve knowledge of the oceans through education and investment in research.

Climate change: How barnacles and algae on ship hulls increase carbon emissions – and the little device that could change the game | Climate News