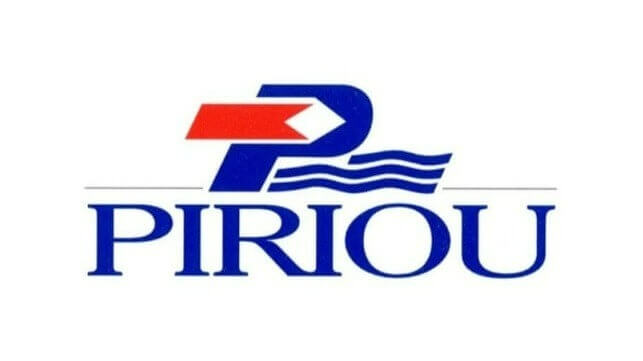 PIRIOU has just delivered two new units to BOLUDA FRANCE which will be assigned to East Timor. Built by PIRIOU VIETNAM, the ‘VB LIKURAI’ and the ‘VB FADO’ have just left the Nha Be site and are on their way to their place of operation.

These two 30.30 meter tugs, with a pulling power of 45 tons and 60 tons respectively, were built according to a standard PIRIOU design and adapted to meet the specific needs of BOLUDA FRANCE. They are particularly easy to handle and meet the latest safety and performance requirements, providing our customers with solutions adapted to their operational requirements.

PIRIOU has already built and delivered a first series of eight 70-ton tugs to BOLUDA FRANCE between 2007 and 2009, followed by a new series of six tugs built by its Vietnamese subsidiary between 2015 and 2017, and finally a third series of six 75 ton bollard traction units between 2019 and 2020.

Vincent Faujour, President of the PIRIOU Group declared: “We are very happy with this new sign of confidence from BOLUDA FRANCE with this contract for two new OST30s, designed by PIRIOU. The particularity of this delivery lies in the fact that it is the first time that we have delivered units to BOLUDA FRANCE for a place of operation other than metropolitan France or its overseas departments and territories.

Denis Monserand, Managing Director of BOLUDA FRANCE, adds: “These two new tugs are intended for our first base in Asia, in East Timor, which is the result of a partnership with the BOLLORE group. Through this long-term project, BOLUDA FRANCE is participating in the expansion of the BOLUDA Group worldwide. We thank PIRIOU for its support in this new adventure”.

These units come from the OST 30 model – Omni Stern Tug – from the range of tugs designed by PIRIOU.

The OST 30 is a versatile tug developed for push-pull type towing and port assistance operations as well as offshore operations. With a hull length of 30.3 meters, it is also equipped for rescue vessels in the access channels.

On the bridge, the ergonomics of the single-command control station and the great visibility over the entire working area and its surroundings allow the captain to maneuver his tug alone.

In order to meet the operating conditions required by BOLUDA FRANCE, these tugs are equipped with several options including:
– Double drum front winch
– Bow thruster
– A tow hook

The 60 T model is also equipped with:
– Fi-Fi 1 equipment for firefighting
– Rear towing winch
– An open bulwark with a rear roller.

The OST 30 is designed to be serviced every five years with a special antifouling and ICAF system. The accommodation complies with ILO 2006 requirements and particular attention is paid to noise reduction.