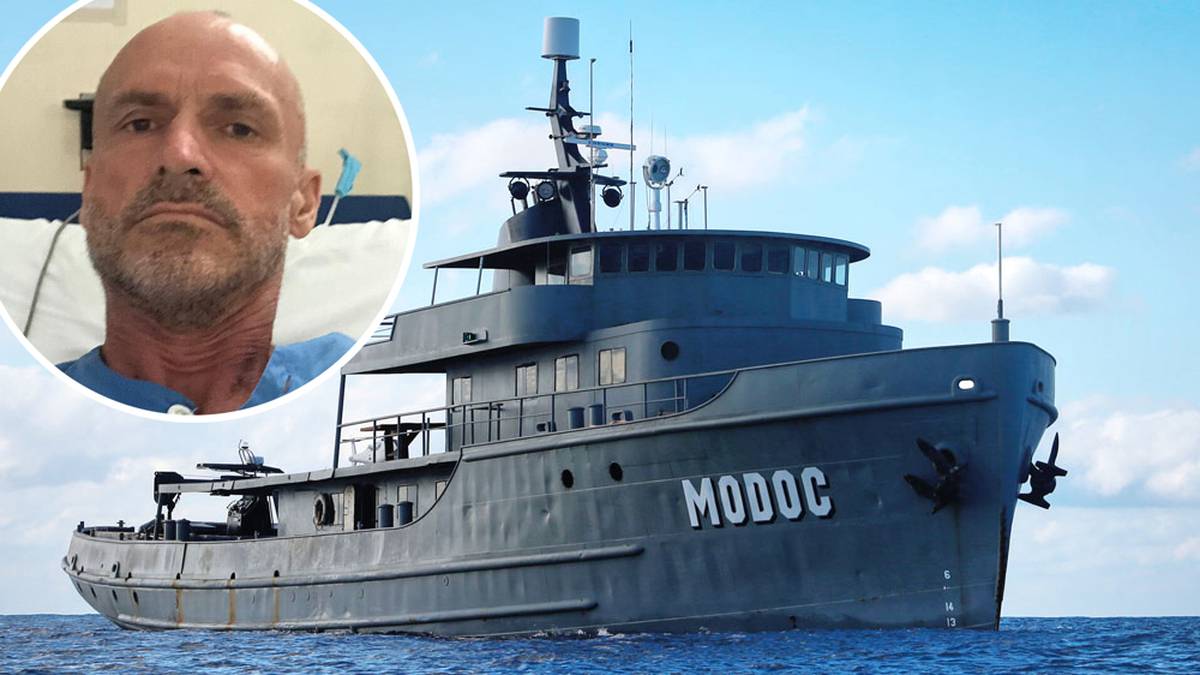 Bethune, a conservationist who has long fought whalers and polluters on the high seas, revealed his crew were safe but a little “shaken” by the pirate raid.

Earthrace Conservation said the Modoc vessel was at anchor on the night of March 8 when six small vessels with around 15 men on board approached.

Crewman Brad Rooke was on the safety details when he first noticed what he says “looked like a small flotilla of boats passing in front of our bow”.

Such a flotilla was not unusual, Rooke said, but they then approached the bow of the Modoc before two of them cut their engines and began to drift to the port side.

“Appa, our Belgian Malinois security dog, was going berserk with them,” Rooke revealed.

“I still hadn’t realized they were pirates. One boat was towing another, I assumed they might need help with possible engine trouble. Then I realized that they had clung to the side of our ship and were climbing in. It was an ambush.”

Warning shots from an assault rifle scared off most of the pirates, but two reached the ship’s railing and tried to climb aboard before the light of the torches and further warning shots sent them back to their skiffs.

The pirate flotilla then stormed off shouting at the crew of the Modoc.

Bethune said the attack appeared to be well coordinated.

“Most likely they had guns, but when they climb up the side of the ship, their hands are too busy to fire. Once on board, it is of course another matter.

“Anyway, it’s likely that if the bulk of the pirates had successfully embarked, things would have gone really bad.”

Bethune is full of praise for his crew, who he says had prepared for this eventuality and remained on high alert for the pirate’s possible return.

“Everyone did what they were supposed to do, and the end result was no one was killed or injured, and the boat stayed safe. But it shook us all to be in another possible meeting of life or death.”

Bethune was reluctant to give his location except to say it’s in South America.

“We are working closely with the authorities here on joint conservation operations and do not wish to jeopardize that relationship.”

It was off the coast of South America that a group of pirates killed sailing hero Sir Peter Blake in 2001.

Blake, 53, was shot dead by armed intruders who boarded his “blakexpeditions” ship Seamaster. He died instantly despite desperate resuscitation efforts by crew members.

The violent death of Blake, the most famous sailor in the world at the time, had international repercussions.

Knighted in 1995, Blake was monitoring global warming and pollution in the Amazon for the United Nations when his Seamaster boat was attacked by armed robbers wearing balaclavas and hard hats.

Blake was fatally shot in the back by one of the assailants after a rifle he had used to defend himself and his crew malfunctioned.

The attackers fled with an outboard motor and watches after injuring two other crew members with knives.

Ricardo Colares Tavares, who shot dead the Kiwi sailor, was later sentenced to 37 years in prison.

The attack is the latest in high-profile scrapes for Bethune, who made headlines in 2020 after being bitten by a poisonous snake in the Costa Rican jungle.

Bethune was bitten by a fer-de-lance viper on Boxing Day 2020, resulting in horrific injuries.

His groin turned “black, soft and mushy” from the effects of the venom and it left him in hospital for weeks.

Bethune said at the time that he would return to the jungle, despite the snakebite.

“Because I’m white from New Zealand, that doesn’t give me a free pass to do things safely. Rangers from Costa Rica, Africa and Asia, all of these rangers are at risk , including being bitten by snakes.I have no ambition to avoid work and deal with safe things.

“I don’t go out looking for risk, but there’s a job my team has here and I’m determined to play my part in it and there’s a risk that comes with that. I was bitten by a snake, it gave me the best shot of me, I’m still alive – and the snake is still alive, which is a good thing.”

Sikh: Sikh soldier in the U.S. Marine Corps who is the first to be allowed to wear a turban, keep a beard, promoted to the rank of captain