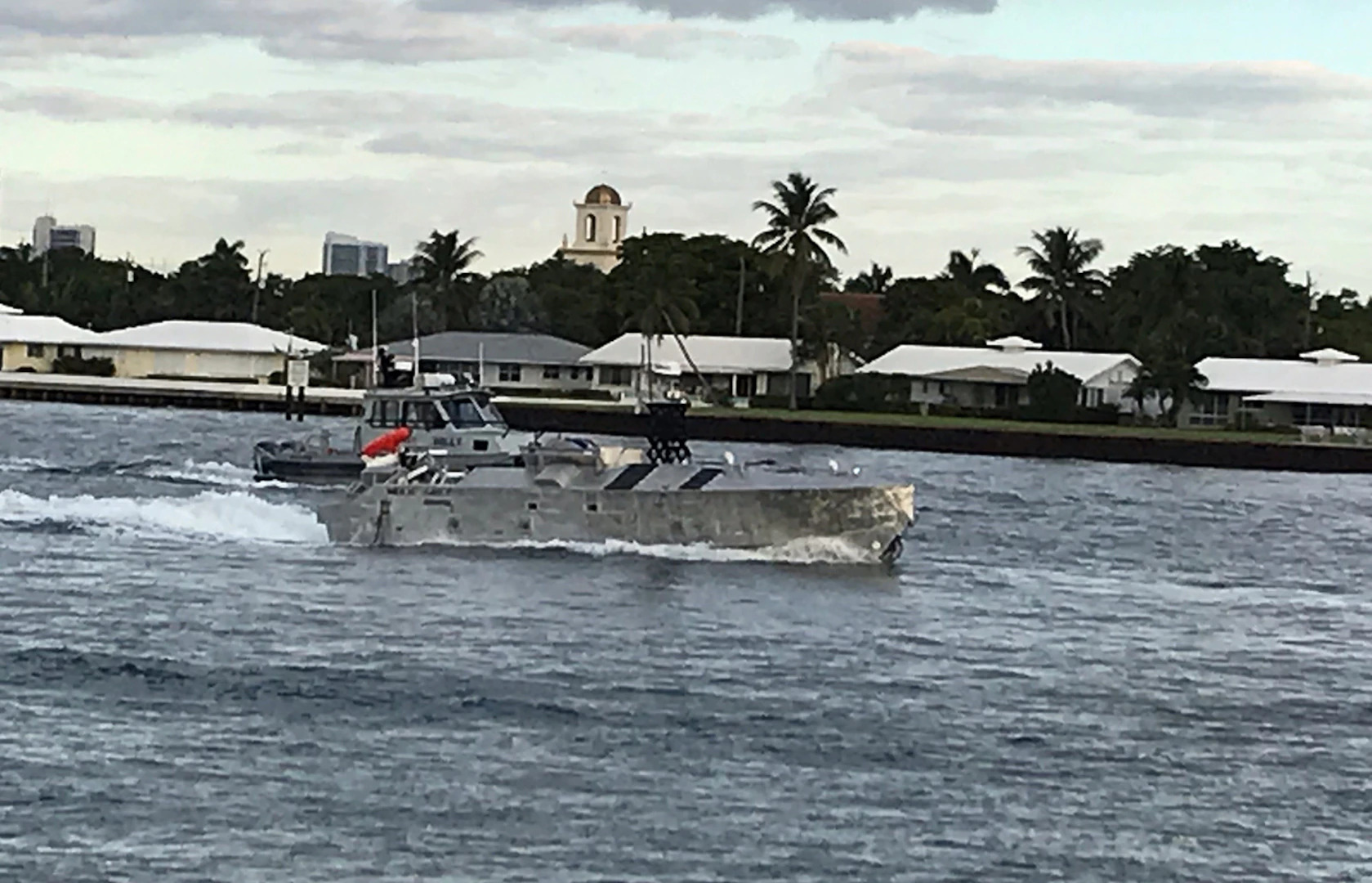 Official: Navy wants to move away from towed sensors for USVs

ARLINGTON, Va. – The use of towed sensors provides a measure of the survivability of small unmanned surface vessels, but presents other problems such as the Navy seeking to move away from towed sensors in favor of onboard sensors, said a Navy official.

The Navy will soon award a production award for the Textron-built mine countermeasures USV equipped with the Unmanned Influence Scanning System, a towed sensor, said George Saroch, director of unmanned surface vessels at the Naval Sea Systems Command, speaking Feb. 1 during a panel discussion at the American Society of Naval Engineers’ Technology, Systems and Vessels Symposium.

In 2017, Saroch said, the Navy recognized the versatility of the MCM USV and decided to build the boat to handle various payloads, which would soon include the AQS-20 mine-hunting towed sonar and possibly the mine neutralization munition. Barracuda. He sees them as building blocks of a single-exit detection-to-engage mine countermeasures system.

“So basically it’s focused on building a boat and then we have separate contracts for the payloads,” he said.

The UISS has undergone operational tests and shock tests, he said. The MCM USV with the AQS-20C minehunting system will go through development and operational testing this spring and summer.

Saroch emphasized the importance of automatic target recognition as necessary to avoid expenditure of neutralization charges on objects other than mines.

However, Saroch said the Navy was “very interested in moving away from towing. You can snag a lot of things when towing systems, a lesson from the [MH-53E MCM helicopter] community” that often snags when towing MCM systems through water.

“We’re relearning that lesson about snags,” he said, noting that the Navy is trying to move the sensors aboard the boat, “which brings other operational capabilities.”