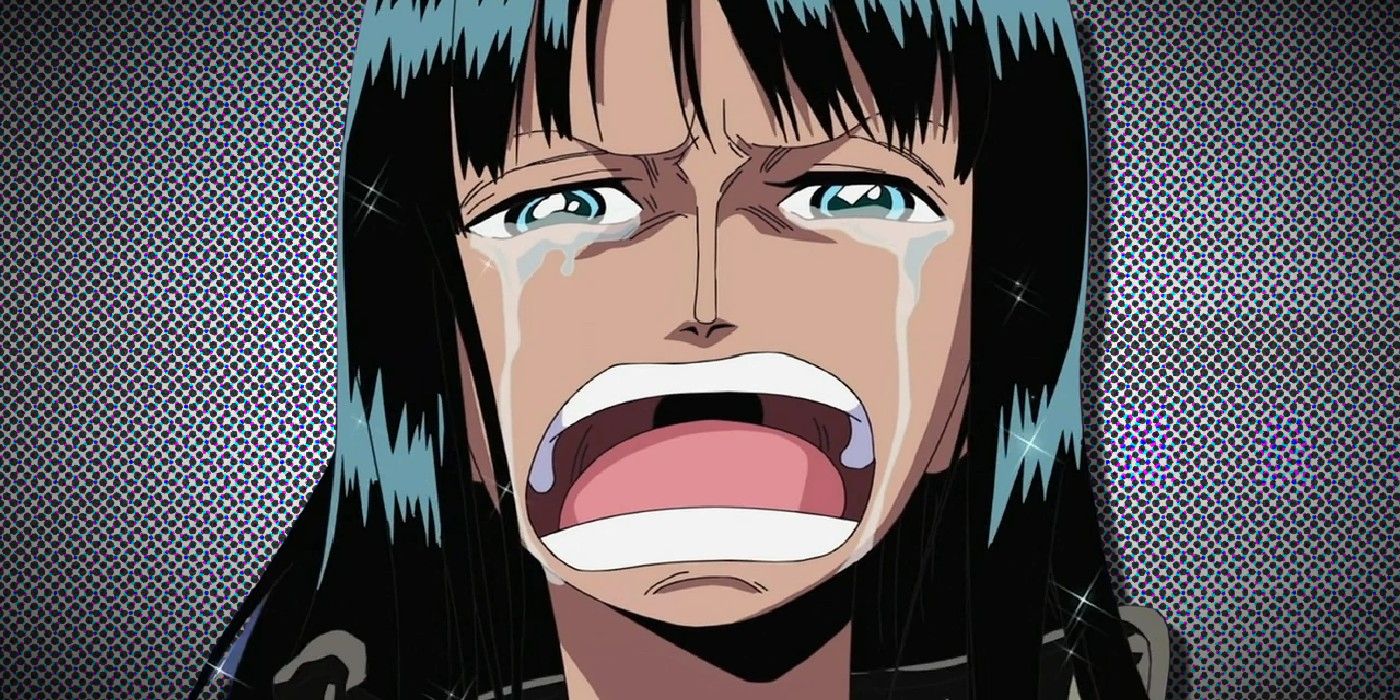 Nico Robin Still Has One Piece’s Most Heartbreaking Backstory

Warning: contains spoilers for A piece

The Long Manga Series A piece has had many emotional flashbacks over its hundreds of chapters, but its most heartbreaking flashback remains Nico Robin’s backstory. Flashback in A piece can be used for various purposes. They flesh out a character’s motivation, reveal important bits of the story, or do both simultaneously. These flashbacks often also pack an emotional punch or two, especially if they involve a main character and their backstory. With the snippets of Kaido’s story that have dotted the final chapters of the manga, it looks like the series may soon be entering a flashback for the arc’s big bad. However, no matter how many more flashbacks appear in the series, none will ever reach the emotional heights achieved by Robin’s flashback.

VIDEO OF THE DAY

A piece by Eiichiro Oda is a manga following Monkey D. Luffy as he tries to become the Pirate King. Along the way, he assembles an eclectic team that becomes like family. One of those teammates is Nico Robin, the ship’s archaeologist. His journey to join the crew was a little more complicated than for the other crew members. Initially, she was introduced as an antagonist, the second-in-command of an evil organization. After that organization was demolished, she joined the crew until she attempted to leave during the Water 7 arc. This departure was largely caused by a trauma to her backstory that was revealed in a heartbreaking flashback.

In this flashback, it was revealed that Robin grew up on the island of Ohara, a hub for archaeologists. After her mother left when she was young, Robin was ostracized and bullied by almost everyone in her life due to her Devil Fruit powers. The only people who treated her well were the scholars of the island and the gentle giant Saul who was shipwrecked on the shore of Ohara. One day, the world navy came to execute the scholars of the island for the crime of studying forbidden knowledge. To ensure that the knowledge was never spread to the rest of the world, they leveled the island and murdered everyone. Robin had to watch everyone she knew die as she escaped. With his dying breath, Saul told her to go to sea and find friends who could protect her. Yet everyone she met after escaping Ohara ended up using her or trying to turn her in so they could claim Robin’s high bounty. This led her to believe that she was a burden and that everyone she met would eventually betray her.

Other crew members also had some pretty emotional flashbacks. From Brook’s old crew dying around him to Chopper accidentally poisoning his father figure, the members of Luffy’s crew are no strangers to tragedy. What makes Robin’s backstory resonate more than the others, however, is how closely it ties into the central themes of A piece. At the heart of the series are the deep relationships between the crew members and how they all support each other. The central tragedy of Robin’s story is that of a child unable to find people who actually care about her. The parallels between these two themes deepen the tragedy of Robin’s flashback and make it even more heartbreaking.

Considering how the series has handled flashbacks before, Kaido’s upcoming potential flashback will certainly be great. The same goes for all the other upcoming flashbacks that Oda has planned. However, due to the way Robin’s backstory resonates with the central themes of A piece it will always go down as the series’ most heartbreaking flashback.

More: One Piece: Blackbeard’s Epic New Statue Must Be Seen To Be Believed

How the Costa Concordia wreck changed an Italian island