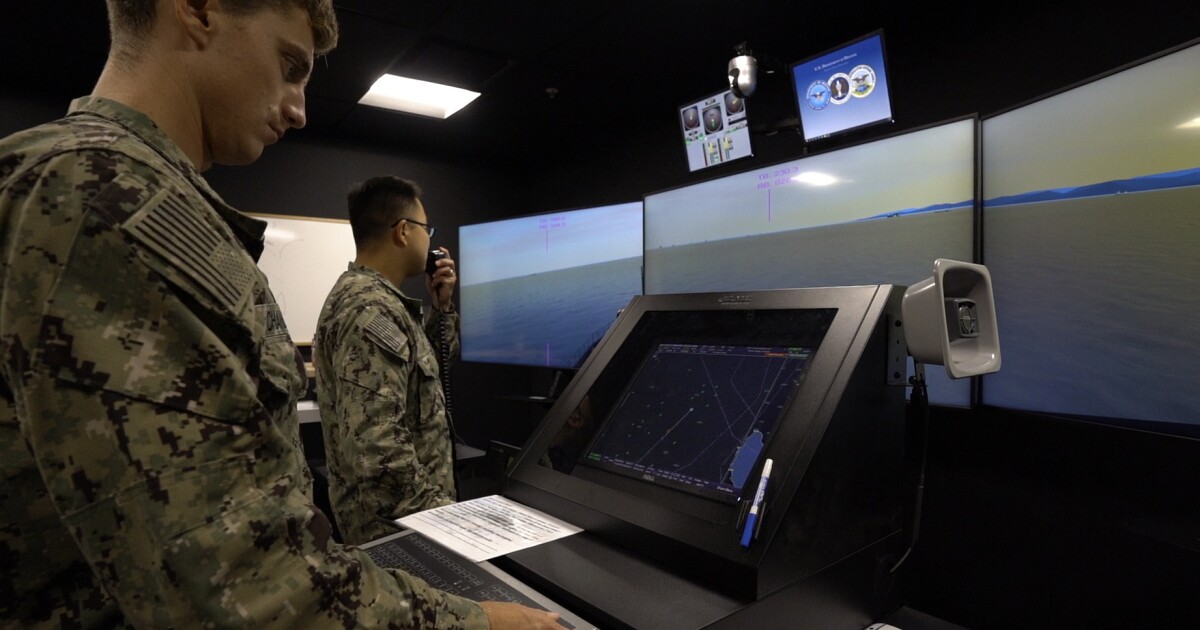 
In the four years since two fatal ship collisions rocked the U.S. Navy, the service has looked for ways to resolve fleet issues that its own investigators say contributed to the deaths of 17 sailors.

Now the Navy is trying to solve some of those issues with a new 130,000 square foot surface ship training facility at Naval Base San Diego. The center, the first of two planned, is preparing to train its first class of surface warfare officers. The $ 40 million Mariner Skills Training Center Pacific will be fully operational by the end of the year, according to the commanding officer of the center.

The two Mariner Skills training centers in San Diego and Norfolk, Virginia – as well as smaller centers in other fleet concentration areas such as Japan, Hawaii, Everett, Wa., Mayport, Florida and Rota, Spain – are intended to better train new surface warfare officers and maintain the skills of sailors on cruisers, destroyers and other surface vessels in the fleet when it is not practical to take ships to sea.

Among the myriad problems the Navy blamed for the collisions was fatigue and the failure of the deck crews on the ships to plan properly and engage in unsafe sailing and seamanship practices. The Navy’s review found that intense ship operations outside of Japan, where the service’s 7th Fleet is based, left crews little time to train or maintain equipment. Communication between the ship’s officers was also lacking, the Navy said, and the captain of the Fitzgerald was not on deck when the ship’s collision occurred, although his ship had passed through a busy sea lane. near Japan.

In San Diego, the training center houses five full-size bridge simulators. They are reminiscent of the rides one might find at a Universal Studios theme park – large, wrap-around screens encompass both the deck and two wings on the sides, giving crews the illusion of navigating some of the most scenic sea lanes frequented by the world.

It also has 30 smaller simulators to train officers in bridge command during difficult navigation maneuvers via voice recognition software.

Time spent on the simulators will be mandatory for crews while in port in San Diego, said Cmdr. Leonardo Giovannelli, the commander of the center.

The center is also home to the Navy’s newest Surface Warfare Officers School, where surface warfare officers new to the Navy will learn basic navigation “rules of the road”.

“Having the school here – it’s huge,” Giovannelli said. Previously, the courses taken by these new surface warfare officers were taught at the Navy’s Surface Warfare School in Newport, RI

“We are incorporating complex scenarios into state-of-the-art simulators, using operational experience as input to the fleet and embracing the feedback loop to continuously improve ourselves,” Kitchener said in a statement. “And now, with the integration of combat systems simulators, entire surveillance teams have the opportunity to practice combat tactics before they sail on the horizon.”

The courses new officers take have also changed, and the time they should spend on board ships early in their careers has been lengthened, Giovannelli said.

This includes a new deck officer course that has been split into two phases – one before an officer reports to his first ship and another before he reports to his second. The first cohort of 72 newly created Surface Warfare officers are currently in class and will graduate in August, Giovannelli said.

The course builds on the Navy Junior Deck Officer course, which began in 2019, said Giovannelli.

Kitchener said the new training requirements better prepare new officers for what awaits them on their ships.

“Newly classified junior officers (surface warfare officers) now have better training than ever,” he said. “They receive nearly 90 hours of training and assessments before they even set foot on their first ship. “

Giovannelli, who was previously the commanding officer of the guided-missile destroyer Preble, said the differences between the officers who boarded after this course were noticeable.

“I was like ‘wow these guys are really good’,” he said. Since taking over at the school, he said he continues to receive positive reviews from the ship captains of the fleet.

Another change coming from the 2017 collisions is that new Surface Warfare officers begin their Navy careers with consecutive ship tours, Giovannelli said – a 30-month tour on a ship, immediately followed by a tour. from 18 months to the next. , with courses at the competence center in between. Previously, surface officers could tour as part of a staff, but, Giobannelli said, the Navy decided its new officers needed more operational time at sea.

Phase two classes begin this fall, and by the end of the year the center expects to be fully staffed and to operate with a staff of 100.

McGregor’s father rescued at sea after ‘mistake by international yachtman’