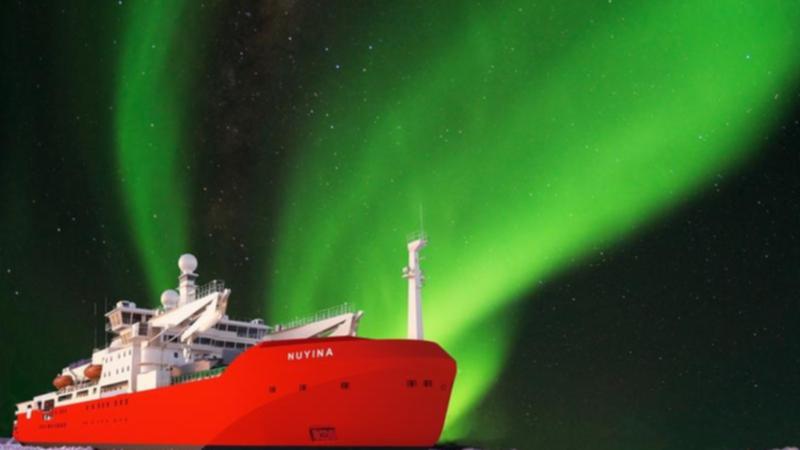 Australia’s $ 529 million new icebreaker began a 24,000-kilometer journey to its Hobart home after coronavirus-related delays and a river accident.

RSV Nuyina, named after an indigenous word for the Southern Lights, left the Netherlands on Tuesday evening for a trip that will take it to the edge of the Antarctic sea ice.

“This trip is similar to a test drive you would do if you bought a car,” said Kim Ellis, director of the Australian Antarctic Division (AAD).

“It will be an incredible opportunity to see this ship in action, in difficult weather conditions, on a truly extended voyage.”

The 160m-long ship can carry 117 expeditionaries and 1.9 million liters of fuel and is a significant improvement over its predecessor, the Aurora Australis, which bid farewell to Hobart in December.

It is expected to arrive in late October and will undergo a period of testing, including trials on ice in Antarctica, before likely starting a resupply and science trip this summer.

Nuyina was officially handed over to Australia by her European construction team on August 19.

“The people of Hobart will be blown away when they see the size of the ship. It’s just very imposing and very impressive,” said the ship’s captain, Captain Gerry O’Doherty.

The ship, which was originally due to arrive in Tasmania in 2020, experienced delays during its construction in Romania and was further delayed due to the pandemic.

It had to be towed from Romania to southern Holland for sea trials after specialists’ travel was hampered by COVID-19 restrictions.

The ship sustained a scratch en route when it struck the bank of the Danube while avoiding a pontoon.

AAD officials told a Senate estimates committee in March that a risk assessment was underway to ensure the ship could safely pass under Hobart’s Tasman Bridge for refueling.

An AAD-chartered vessel used as a temporary resupply option earlier this year caught fire in the Southern Ocean and was forced to limp towards Western Australia with returning expeditionaries on board.