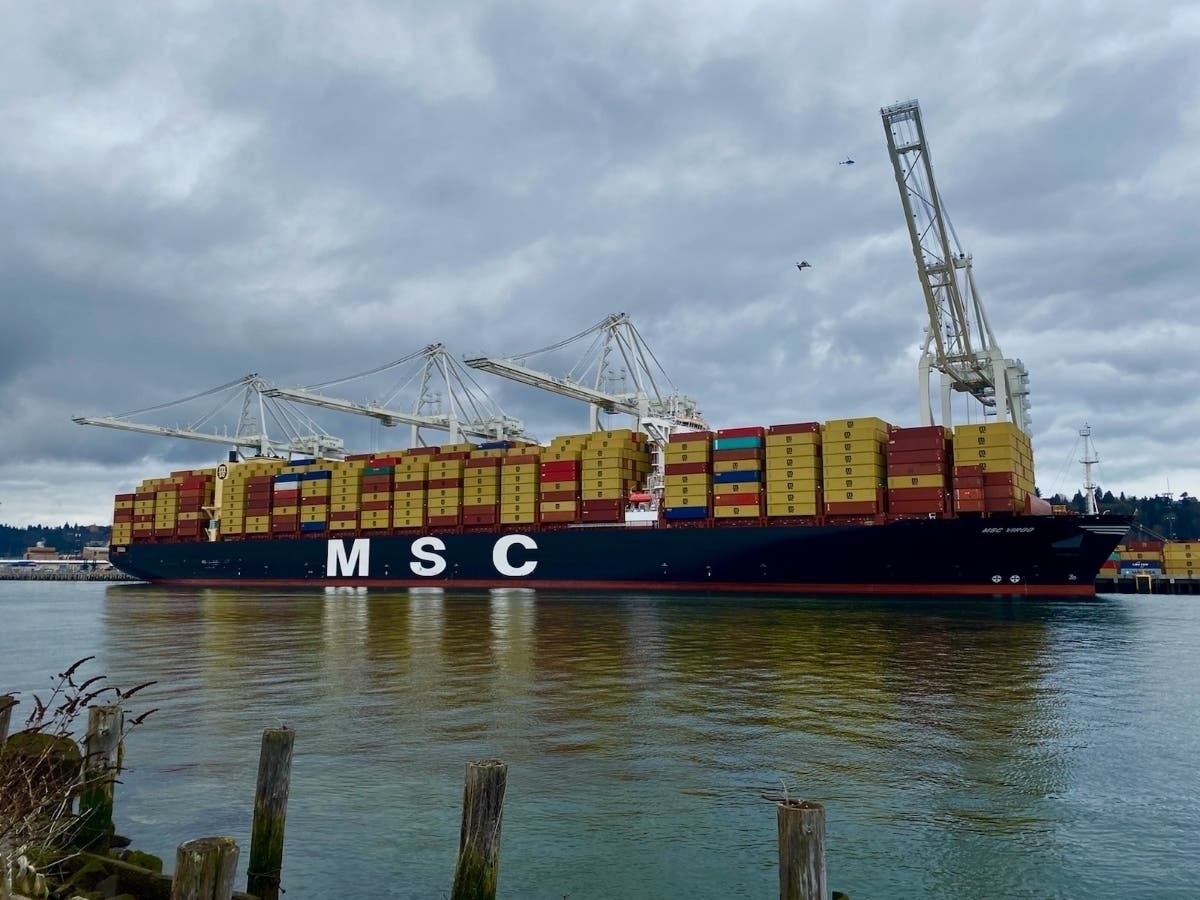 SEATTLE — Careful observers may have spotted a particularly large vessel passing through Puget Sound early Friday as the MSC Virgo made the final miles of its nearly 30-day voyage from South Korea to Seattle.

According to the Northwest Seaport Alliance, the ship is the largest container ship to ever call at Seattle’s newly renovated Terminal 5. The first phase of the $300 million modernization project was completed in January after port officials approved a list of improvements to help Puget Sound keep up with growing cargo volumes and ever-larger vessels. .

Built in 2020, MSC Virgo sails under the Portuguese flag and is operated by the Mediterranean Shipping Company, a Swiss international shipping company. The vessel is a 15,000 TEU vessel, which means it is equipped to carry up to 15,000 20ft sea containers. According to MarineTraffic, the MSC Virgo is approximately 1,200 feet long.

The vessel is the second large vessel to call at Terminal 5, following the arrival of MSC Margrit last week. Port officials said the new wharf layout and modernized terminal’s deep-water berth allow it to handle the largest vessels in the trans-Pacific trade.

“The NWSA is proud to welcome a series of ultra-large container ships to Terminal 5,” the Northwest Seaport Alliance said in a press release. “These vessels use Terminal 5’s on-dock rail system which moves containers more efficiently from the terminal to the final destination. Terminal 5 improves access to goods for businesses, expanding employment opportunities across [Puget Sound]and supporting export opportunities for agricultural producers in Washington State and the Midwest.”