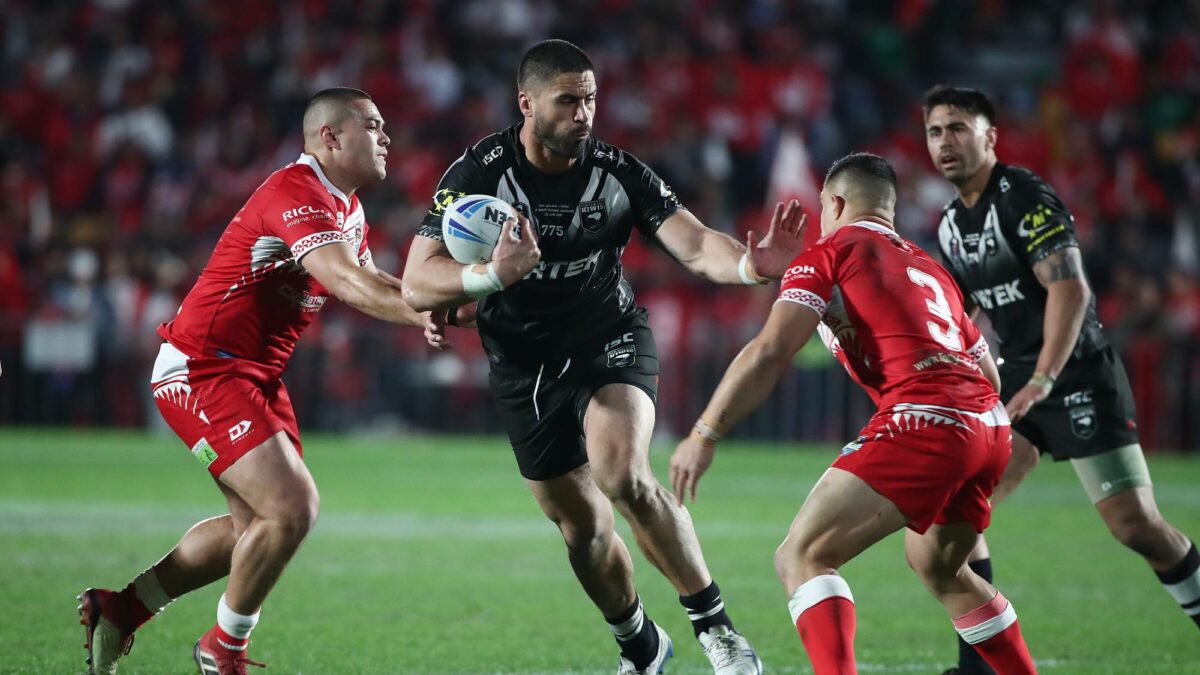 New Zealand and Tonga have announced squads packed with NRL talent for their Pacific Test with Kotoni Staggs and Daniel Tupou facing the prospect of also being named to the NSW squad for Origin II in Perth.

Staggs and Tupou have been selected for Tonga but coach Kristian Woolf said a decision will be made by Sunday on whether they will play for the Blues or their national team.

Woolf will consult with NSW manager Brad Fittler later in the week and if selected for state duty they will fit for the Blues unless they change their minds later and decide to represent the Tonga.

Players earn $15,000 per game at Origin while the Tongan representatives will only pocket $2,000 for their test against New Zealand.

More teams will be announced over the next week for the representative round which will feature three Tests plus a men’s and women’s State of Origin clash.

The action kicks off next Friday with women’s clash Origin in Canberra before the New Zealanders host top-flight rugby league action for the first time since 2019 when the Kiwis take on Tonga in Auckland.

The representative round ends with the men’s Origin showdown in Perth where NSW must win to keep the series alive after Queensland were upset 16-10 in the opener.

The Kiwis announce an experienced squad

New Zealand have named a 25-man squad full of Test and NRL experience for their clash with Tonga at Mt Smart Stadium on Saturday June 25.

Storm veterans Jesse and Kenny Bromwich, Brandon Smith and Nelson Asofa-Solomona will form the core of a tough field as veteran playmaker Kieran Foran vies with Dylan Brown to partner Jahrome Hughes in the halves after Shaun Johnson was overlooked.

Jesse Bromwich is tackled during the 2019 Test between the Kiwis and Tonga at Mt Smart Stadium. (Photo by Fiona Goodall/Getty Images)

Te Maire Martin, who made a terrific comeback from retirement for the Broncos this season, has been rewarded for his stellar form and stands a good chance to fill the No. 1 jersey vacated by Roger Tuivasa-Sheck’s switch to rugby.

Roosters star Joey Manu will also add a touch of class while Sharks winger Ronaldo Mulitalo, who was controversial last year for Queensland, was selected to his Kiwis first team.

Tonga coach Kristian Woolf has named a squad packed with NRL talent for the Kiwis test but the selection of Blues duo Daniel Tupou and Kotoni Staggs has sparked a potential tussle with NSW over their services .

Tupou and Staggs have reportedly told NSW manager Brad Fittler that they want to play in Origin II next Sunday in Perth rather than represent Tonga at the Auckland Test.

However, the Tongans have chosen the duo to play if not selected for NSW.

Manly striker Haumole Olakau’autu and Sharks center Siosifa Talakai also have no chance of being selected by the Blues, but they are almost certain to wear Tonga red next weekend.

Cowboys assistant Dean Young will coach Tonga while Woolf is in England with St Helens.

The Tongan strikers will be led by Cowboys lock Jason Taumalolo and will also include Rabbitohs second rower Keaon Koloamatangi, Roosters veteran Siosiua Taukieaho, Canterbury’s Tevita Pangai jnr and Titans prop Moeaki Fotuaika, who has represented Queensland in the Origin Arena last year but was overlooked for Game One last week.

In the back, Dragons center Moses Suli, rising Parramatta star Will Penisini, Sharks winger Sione Katoa and Sea Eagles rookie Tolu Koula have plenty of attacking power while St George’s young gun Illawarrra Talatau Amone is in line for his Test debut in the halves alongside Penrith teenager Isaiya Katoa, who signed with the Dolphins next year.