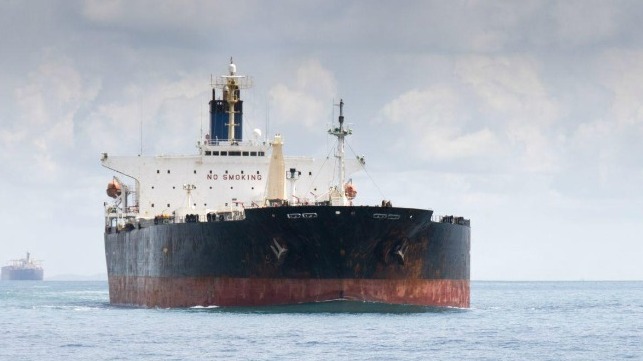 Intertanko, the trade association of the International Independent Tanker Owners Association, has announced its support for the proposed changes that are being discussed by the European Commissions for the European Union Emissions Trading Scheme pending. Breaking with other parts of the shipping industry who have criticized the proposed changes, Intertanko accepts the inclusion of charterers as responsible parties and the introduction of a fund, but asks that the funds be spent on needs of the shipping industry.

The EC is beginning discussions and a review of proposed changes to the ETS program introduced by German lawmaker Peter Liese, who was also a driving force behind the program. Liese proposed 114 amendments to the EU ETS, saying it sought to clarify issues, increase accountability for the shipping industry and speed up some of the plan’s critical elements. One of the more controversial changes proposed in the wording aims to make the commercial operator of a ship the final entity responsible for paying for the EU ETS, not necessarily the shipowner.

“The proposed amendments to the EU ETS are a step in the right direction and support the principle that the business entity responsible for sea transport should also be responsible for meeting obligations under the EU ETS,” said Paolo d’Amico, president of Intertanko. “It is good that the intention of the commission is now being taken further by incorporating the principle into the regulations and clarifying the responsibilities of charterers.”

The World Shipping Council, which represents container ship owners, came out earlier in the week strongly against the proposed revisions to the wording saying that the modified definition of the responsible entity would corrupt the ETS protecting the shipowner from his responsibilities.

Supporting the change, Intertanko says: “Expanding the definition of a shipping company, as proposed by Liese, to include ‘time charterer’, ensures that those who are responsible for transporting the cargo and who benefit from it are also program managers. “They question, however, whether the proposed amendment would sufficiently define the contractual arrangements between the tanker owner and the charterer to provide reassurance in the event of charterparty disputes.

The oil trade group is also supporting the establishment of an ocean fund with revenues generated by the EU ETS, to improve the energy efficiency of ships and support investments aimed at facilitating the decarbonisation of maritime transport. Like other shipping organisations, they want to see funds raised through the fund dedicated solely to the shipping industry avoiding transfer to other industry sectors.

While saying its members support achieving the goal of net zero CO2 emissions by 2050, Intertanko says it’s critical that “funds raised from ships go towards efforts to decarbonize shipping, with clear obligations for all other stakeholders, including Member States, to provide and promote alternative fuels/solutions.

“Shipping companies are not designers of technologies or manufacturers of alternative fuels,” said Dragos Rauta, technical director of Intertanko. “Shipping companies contribute by testing technologies and testing new (carbon-free) fuels. The decarbonization of maritime transport is therefore dependent on the existence of solutions (technologies and fuels) as a means of achieving the objectives. The absence of legal obligations on the “supply” side to develop such solutions is a major obstacle. »

The tankers’ association also agrees with its colleagues, saying the end goal of this process must be an agreement within the International Maritime Organization, with European legislation foreseen as a temporary measure until an international measure is in place. They concluded by saying that EU legislation should be designed taking into account a forthcoming IMO agreement, being both scalable and flexible.

A beached tug was frozen in the ice for a month in the port of Shakhtyorsk. Sakhalin.Info