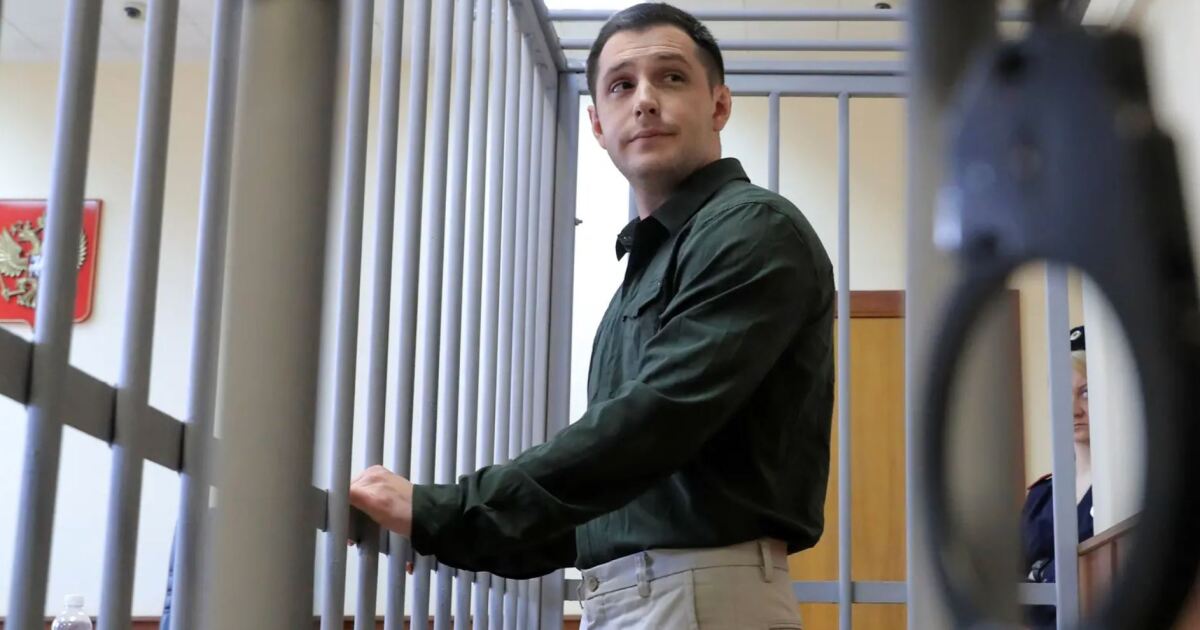 FORT WORTH, Texas — Trevor Reed, a former U.S. Marine from Fort Worth, resumed his hunger strike due to inadequate health care since arriving at a prison hospital in Mordovia, Russia, according to his parents.

Reed has been imprisoned in Russia since August 15, 2019.

According to a statement released by his parents Joey and Paula Reed, Trevor Reed first arrived at the prison hospital after being exposed to tuberculosis (TB) by a fellow inmate.

Although he was exposed, Reed was not tested for tuberculosis and was sent back to his gulag.

Reed quickly asked his gulag authorities to return to the hospital due to the improper care he had received, including a poorly done X-ray.

Instead of returning to hospital, he was sent to solitary confinement, according to his parents.

Reed’s lawyer based in Mordovia confirmed that his strike began on Monday to protest his poor medical treatment due to his injuries and tuberculosis.

His parents remain concerned about his deteriorating health. Both Paula and Joey Reed heard from President Biden on March 8, 2022 regarding the safeguarding and welfare of their son.

“We have traveled to Washington, DC, and starting tomorrow morning (Wednesday), we will be holding a protest to raise awareness of Trevor’s case outside the White House,” the Reed family said. “Every day we fear that our son will become the next Otto Warmbier. We believe the president (who we voted for) is the only person who can save our son’s life. It’s time to bring home Trevor, Paul Whelan and Brittney Griner.

In addition to being a Marine, Reed was a presidential guard; a unit that guards the President and Vice President at the White House and Camp David, during the Obama/Biden administration.

Reed had traveled to Russia over the summer to visit his longtime girlfriend and to study the language to meet the foreign language requirements of his degree program at the University of North Texas. .

Ambassador to Russia John Sullivan called Reed’s conviction ridiculous and said his trial was a scene of absurdity.

In December, when Reed was first exposed to the prisoner with tuberculosis, prison officials began prophylaxis for other prisoners except Reed, despite long and narrow exposure.

The Reed family say the Russian government provided him with no meaningful treatment and also provided little assistance to the US Embassy to ensure their son’s safety and health.

On Monday, March 7, the Reed family was denied a request to meet with President Biden during his visit to Fort Worth. The following day, the family organized a protest to raise awareness of their son’s conditions outside of the presidential event.

Publicist Jen Psaki told reporters the White House was planning a reunion with the family and told them it would be scheduled soon. That same day, the Reeds received a call from President Biden apologizing for not stopping to speak with them despite their protest passing earlier.

The Reeds were told they would soon hear from staffers planning a meeting with President Biden. They haven’t heard from them since.