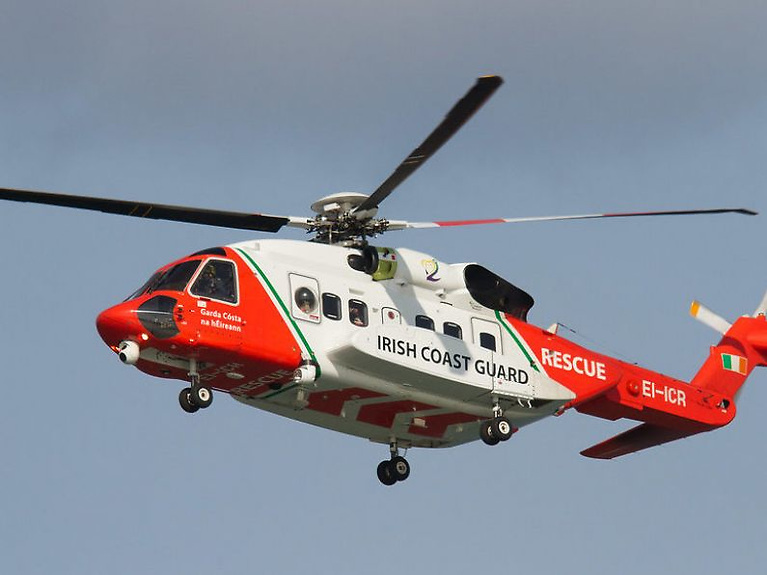 Transport Minister Eamon Ryan bowed to pressure over the future of the Waterford Helicopter Search and Rescue Base by amending the tender for the new Coast Guard Aviation Service.

The amendment will specify four helicopter bases, including Waterford, when it previously specified a ‘minimum of three bases’ – drawing criticism from politicians in the south east.

The Department of Transport today confirmed that it will notify the market of an amendment to a Pre-Qualification Questionnaire (PQQ), which was published by the Department on December 20, 2021.

This is the procurement procedure for the new Coastguard Air Service, which costs 60 million euros per year.

CHC Ireland holds the current contract, which can be extended until 2025 if required. The new tender is expected to be awarded in March 2023.

The department says the PQQ “will be amended to specify the number and location of search and rescue (SAR) bases to reflect the existing configuration of four bases in Dublin, Shannon, Sligo and Waterford”.

“The amendment will ensure the implementation of broader government policies regarding a balanced and even distribution of state services and investments, particularly the needs of island and rural communities,” the department statement said.

“It will also support and protect other public policy priorities, such as the state’s response to new post-Brexit business models, and Climate Action Plan priorities,” it says.

“The continuation of the current baseline configuration will enhance the Coast Guard’s ability to meet its obligations under the National SAR Plan, the National Oil/HNS Contingency Plan, and its ability to support other agencies in the state, in particular domestic SAR support to An Garda Síochána and the provision of air ambulance services to the Health Service Executive, including day and night support to island communities,” it says.

The current ten-year contract was concluded in 2012 for a value of 600 million euros held by the Canadian company CHC (Canadian Holding Company) Ireland. The new contract is for an additional 20 million euros per year, making a total of 800 million euros over ten years.

The Irish Coast Guard’s five helicopters fly around 700 missions a year from four bases in Dublin, Waterford, Shannon and Sligo, at a cost of around €90,000 per flight.