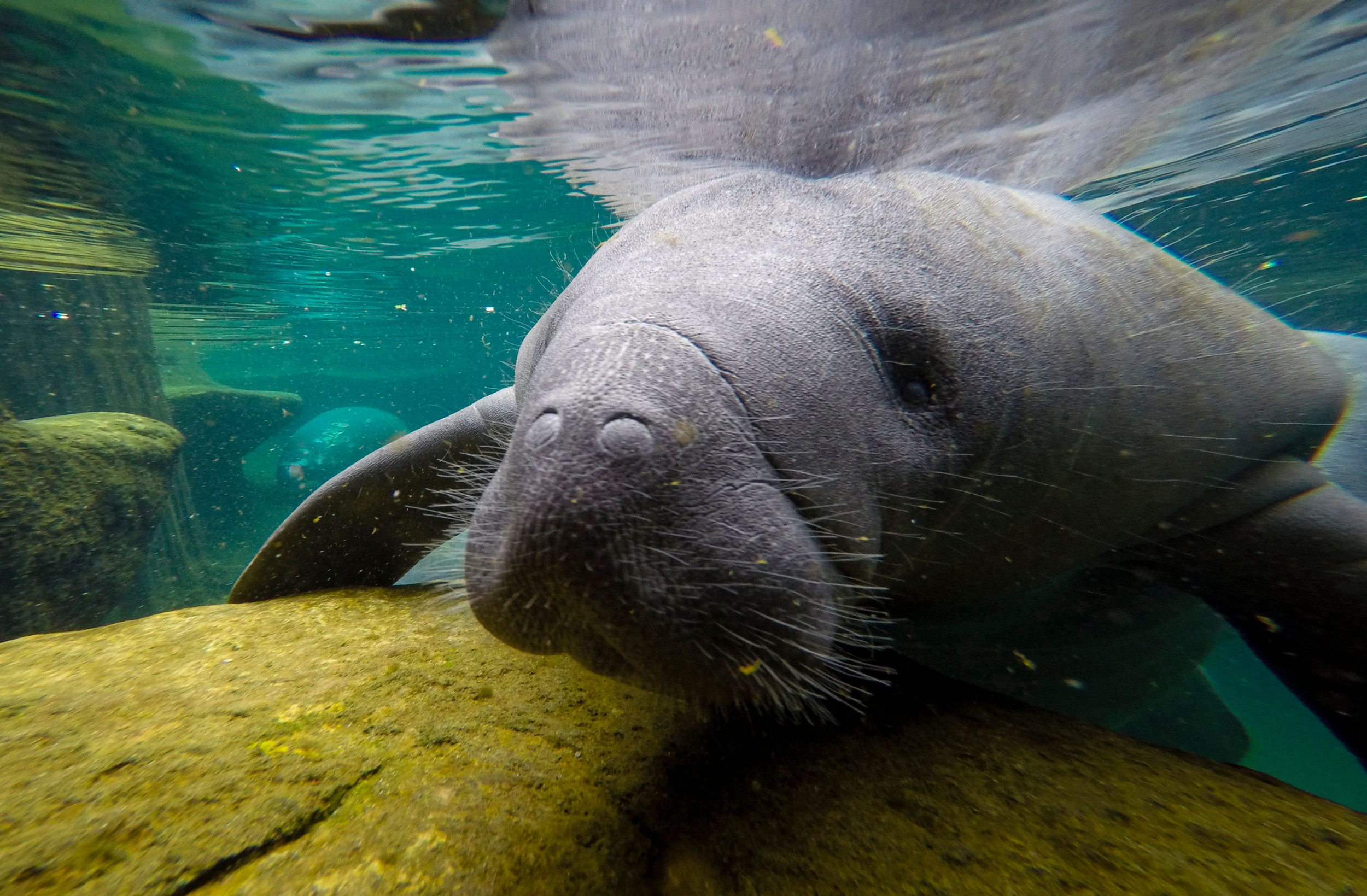 After a year of record-breaking manatee deaths in Florida, officials from state and federal agencies trying to alleviate their starvation said they were optimistic their feeding station would be more efficient as the colder temperatures would set in.

According to WTSP, a Tampa-area news station, 2021 saw the highest number of reported Florida manatee deaths at 1,101. This prompted the Florida Fish and Wildlife Conservation Commission and the U.S. Fish and Wildlife Service to launch a joint effort to protect manatees.

FWC data shows that the majority of manatees that were autopsied last year died from boating accidents, natural causes or shortly before or after birth. However, a commission report also noted that algal blooms killing seagrass beds in the Indian River lagoon caused many manatees to starve.

In an attempt to curb manatee starvation, the two agencies set up a feeding station on Florida’s east coast. In a conference call with reporters, those responsible for the joint effort said they had tried feeding the manatees romaine lettuce, which they like to eat in captivity.

However, Ron Mezich, head of the joint effort’s supply arm, said, “We have not documented any animals feeding on lettuce.” According to WTSP, he said this was expected and that team members would try to adjust their methods of feeding the animals.

At the press conference, experts said that one of the likely reasons the feeding experiment is not going as planned is Florida’s unusually mild winter, which has caused more dispersal of the manatees than usual.

Tom Reinert, FWC Southern Regional Manager, said that while they’re moving, “they’re not yet pressured by the cold temperatures”, which usually motivates them to congregate in warmer waters. But he also added that the FWC expects them to move as temperatures cool.

In addition to feeding efforts, agencies have also turned their attention to the lack of space in rehabilitation facilities for injured manatees. WTSP reported that a variety of local partners, such as ZooTampa and Clearwater Marine Aquarium, are working to help with rescue and transportation services.

In a statement, the Save the Manatee Club said it believed the two agencies’ efforts “would be a critical step in the effort to prevent another winter season of record-breaking manatee deaths,” adding that it would was “committed to providing immediate assistance should agencies need additional support for this critically important feeding effort.”

Patrick Rose, the group’s executive director, warned the public against any attempt to feed the manatees.

“It’s devastating to see malnourished manatees, and we know the hearts of those who would feed them themselves are in the right place,” Rose said. “However, it is extremely important that the general public does not take it upon itself to feed the manatees.

“The FWC/FWS program will be carefully controlled and monitored, with a view to minimizing any negative impact on manatees, other wildlife and their habitat. Outside of this environment, manatees may lose their fear of people and boats when they receive food or water, leaving them vulnerable to harassment, injury and death.”

Which jobs are now considered essential under the new National Ministerial Agreement?