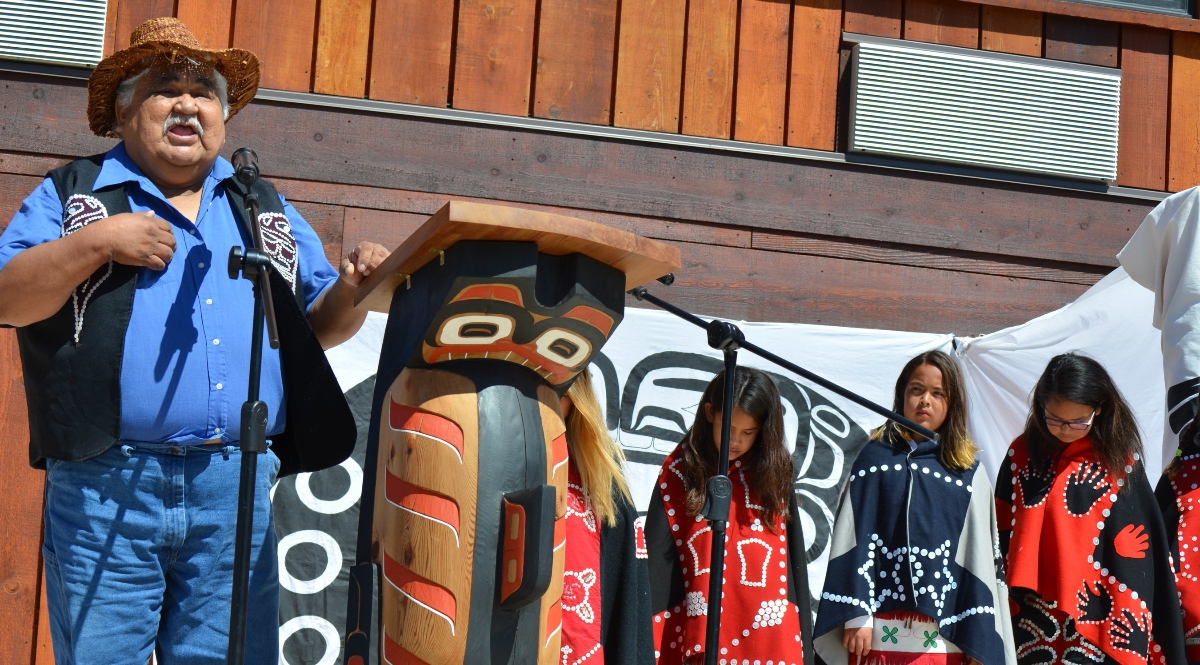 “We are working towards the sustainability of fisheries and aquaculture…they can both exist in our waters, but it should be our community that decides what that looks like for our traditional territory”, – The Gwa’sala-Nations ‘Nakwaxda’xw

Two First Nations in British Columbia are calling for the creation of an aquaculture area within their traditional territory, where they plan to administer licensing regimes for salmon and shellfish farms while ensuring that wild stocks are not overexploited.

The Gwa’sala-‘Nakwaxda’xw Nations (GNN), whose traditional territory extends from the northern tip of Vancouver Island to the lands and waters around the Great Bear Rainforest on the central coast of British Columbia, said the proposed North Island Aquaculture Zone will be a key step on the road to self-reliance.

“We are working towards the sustainability of fisheries and aquaculture…they can both exist in our waters, but it’s our community that should decide what that looks like for our traditional territory,” said Ethan Shaw, GNN’s Salmon Farm Monitor.

The Gwa’sala-‘Nakwaxda’xw, are two nations that were amalgamated under the Indian Act, after being forced out of their traditional territories to settle in Port Hardy in 1964.

At an event today to celebrate Indigenous leadership in British Columbia’s coastal aquaculture and marine economy, the Gwa’sala-‘Nakwaxda’xw announced that they are developing a Memorandum of Understanding (MOU) with neighboring nations to establish co-governance under a North Island Aquaculture Zone.

“This is an opportunity for us to study the impacts of farms and ensure that our fish, shellfish, algae and other life stay healthy so that we have food for our community on a regular basis,” said Shaw.

The licenses for these five salmon farms and 74 others, which are due to expire on June 30, remained on hold after the government decided to phase out salmon farms from British Columbia’s Discovery Islands as part of a pledge broader pre-election plan to develop a 2025 plan to transition all salmon farms to open net on the west coast.

According to a financial report, coastal Indigenous and non-Indigenous communities in British Columbia will lose more than 4,700 jobs and $1.2 billion in economic activity each year if all 79 salmon farming licenses are not renewed.

At the event in Port Hardy today, where two tugboats and two barges belonging to GNN’s K’awa’tsi Marine company were blessed in a traditional community ceremony, the Gwa’sala-‘Nakwaxda’ xw have also called on the federal government to immediately renew the licenses.

GNN’s K’awa’tsi Marine has been working for salmon farms along the BC coast for 9 years, transporting feed, transporting crews and providing specialized equipment and services. The company now generates approximately $9 million in direct annual revenue and 23 jobs, 16 of which are held by Aboriginal people.

“We have seen the decline of our wild fish in Smith Inlet, where there are no farms. We must take a stand and do what is right for our ancestors – and that means doing what is right for our community by developing an economic base for self-government and self-determination,” he said. “The Gwa’sala-‘Nakwaxda’ x people are committed to creating and sharing a prosperous future for ourselves and our local communities. This is what reconciliation looks like. This is happening in communities like Port Hardy. It gives hope for the future.

Today’s event follows calls from a coalition of BC First Nations who have urged the federal government to respect their Indigenous rights and title and immediately reissue expiring salmon farming licenses soon in their traditional territories.

“Our coalition opposes the federal government ignoring science and pandering to unsubstantiated claims by salmon farming activists that, if heeded, will seriously damage our communities and deny our rights and title” , the coalition said in a statement.

“Salmon farming has lifted entire coastal Indigenous communities out of poverty. It injects money into our communities, creates meaningful jobs for our members, provides opportunities for First Nations-owned businesses to supply the sector, and funds projects that contribute to the well-being of our people and wild salmon” , did he declare.

Federal Fisheries Minister Joyce Murray said “the decision (on the 79 expiring salmon licenses) will be made when it needs to be made”, while British Columbia Premier John Horgan, expressed concerns about job losses and native rights if licenses are lost.

The British Columbia Chamber of Commerce, representing approximately 100 chambers and chambers of commerce across the province, also sent a letter of concern to Minister Murray strongly urging the federal government to renew all 79 licenses “to provide certainty to the companies concerned and their employees. .”

“We also call on your government to engage in constructive dialogue with Indigenous peoples, communities and the salmon farming industry to develop a sustainable way forward. To date, we are concerned that the federal government has not delivered on its promise to conduct adequate consultations on the proposed transition,” reads the letter from Fiona Famulak, President and CEO of the Chamber.

“As you well know, the pandemic has had a devastating impact on small communities in British Columbia. As we begin to slowly emerge from the pandemic, now is not the time for another crushing economic blow to these communities.

(File image shows Paddy Walkus, Hereditary Chief of the Gwa’sala-Nakwaxda’xw Nation, speaking at the official opening of the Kwa’lilas Hotel in Port Hardy)