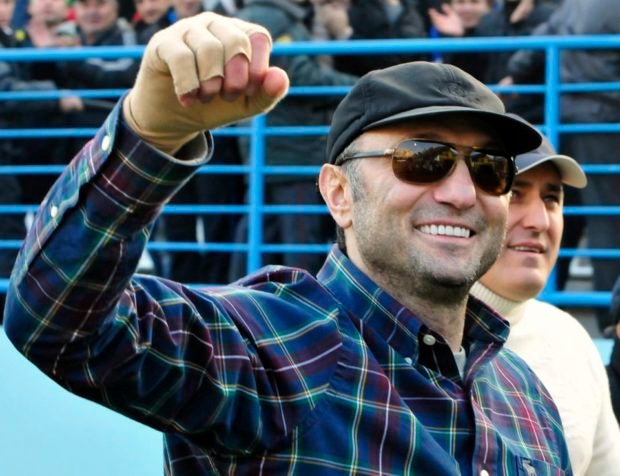 SYDNEY — Fiji police investigated the arrival of a luxury vessel owned by a Russian oligarch on Thursday, questioning its captain about how he brought the boat to the Pacific island nation without customs clearance.

Fijian newspapers reported that police seized superyacht Amadea, owned by Russian billionaire Suleiman Kerimov, which has been sanctioned by the United States, Britain and the European Union for invading the Ukraine by Russia, and detained its crew.

An official from the National Police Command and Control Center confirmed to Reuters that the captain of the vessel, who arrived on Tuesday, was being questioned about how he arrived in Fiji without customs clearance.

The US Embassy said it was aware that the Amadea had docked in Lautoka Port in Fiji and that the Embassy was cooperating with Fijian authorities in this regard.

“The United States is determined to find and seize the assets of the oligarchs who supported the Russian Federation’s brutal and unprovoked war of choice against Ukraine,” the embassy said in a statement.

“We and several of our EU partners have already frozen or seized many assets of these oligarchs. We are working closely with governments and private sector partners in Europe and around the world, including Fiji, on this issue. »

Police Commissioner Brigadier General Sitivini Qiliho told the Fiji Sun newspaper that the Attorney General’s office had been contacted by a foreign government requesting assistance in a criminal case, and that Fiji had reached agreements with other other countries to impose sanctions on Russian oligarchs.

European Union delegations to Fiji have also asked for their cooperation, the Fiji Times reported.

Fiji had been alerted to the approach of the Amadea before it docked at Lautoka Wharf, media reported.

An official from Attorney General Aiyaz Sayed-Khaiyum’s office declined to comment, saying it was an internal matter for the Fijian government.

On visit to kyiv, the leaders of Poland and the Baltic States condemn Russia

After Biden’s remark, the US has yet to engage in its own Russia genocide investigation

Finland will make a decision on NATO membership in the coming weeks, not months

BC Ferries vessel towed to Nanaimo after breakdown at sea