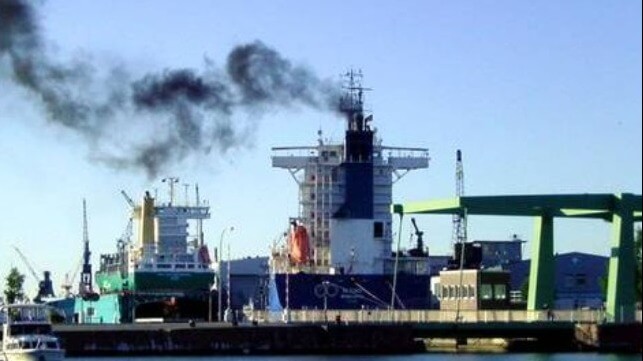 European shipowners and ports criticize the amendments to the EU ETS

Organizations representing both European shipowners and ports are voicing their disapproval with sections of new proposals for pending EU legislation to launch the Emissions Trading Scheme (ETS) which has been described as part of the Fit for 55 climate and energy reforms. First published in July 2021, the proposal has been controversial, with the World Shipping Council now saying the latest amendments would corrupt the ETS while the European Seaports Organization says the effectiveness of the policy would be undermined by the proposed changes.

German lawmaker Peter Liese recently published a series of proposed amendments to the plans, saying the changes would both increase liability for the shipping industry and speed up some of the critical elements of the plan. Its aim was to strengthen the emissions cap and trade program with stricter carbon limits, a phase-out of free emission permits and greater accountability for the shipping industry.

The changes affect many elements of the program, for example calling for a shorter transition period for reporting until 2025 and expanding from 2026 the scope of greenhouse gases that the shipping industry would be required to monitor and report. Some of the things that immediately caught the eye were proposed changes to the definitions of a shipping company to include time charter and more responsibility for those who choose the route, speed and fuel used by ships. Other recommended amendments relate to travel and how non-EU travel and ports are managed, while also proposing a fund to support decarbonisation R&D.

As the European Parliament’s Industry Committee prepares to begin discussions on the proposed amendments this week, the World Shipping Council has released its comments saying it believes the latest elements would “put the Green Deal at risk”. .

“The proposed amended definition of responsible entity would corrupt the ETS,” the WSC wrote in its comments. “The proposed changes aim to protect shipowners from ETS costs and then provide them with direct access to ETS revenues, such as the Ocean Fund. This would corrupt the whole idea of ​​the ETS, moving it from a polluter-pays policy to a system where the polluter gets paid, and drastically reduce its effectiveness.

The WSC emphasizes its belief that decarbonization is a shared responsibility. “The greenhouse gas emissions from ships result from the combination of design technology, fuel consumed and operational practices. It’s obvious, frankly, that you can’t decarbonize shipping without addressing the ship itself. A regional EU ETS carbon price must apply to all parties that have a role to play in reducing GHGs – shipowners and operators,” said John Butler, President and CEO of WSC.

The WSC is also attacking the concept of moving to bilateral agreements with nations to extend carbon pricing to roads serving Europe. Previously, there had been criticism that the EU was going too far in its attempts to create global mandates, but CMS responses to the new amendments called them a distraction that would undermine progress towards a global policy at the IMO.

The European Seaports Organization also underlines the bilateral approach and focuses on ships coming into the EU, saying the ships could undermine the policy by redirecting their activities. They point out that the amendments focus on intra-EU travel and berth emissions and only half for inbound and outbound extra-EU travel.

“Due to the limited scope of the current ETS proposal, ships can find ways to avoid falling within the scope of the EU ETS, re-routing and calling, if possible, in from neighboring non-EU ports to minimize costs,” ESPOs wrote. “Evasive calls at neighboring non-European ports could seriously compromise the effectiveness of the maritime ETS, as this would not reduce total maritime transport emissions. It could even increase overall emissions, especially when escape leads to longer journeys.

While the WSC focuses its criticism on improving shared responsibility by narrowing loopholes, ESPO wants the scope of the legislation to be widened to eliminate opportunities to avoid inclusion through travel to non-EU ports. Both organizations call for greater emphasis on pushing the International Maritime Organization to adopt a more inclusive global policy.

Experts point out that this is just the next step in a process that will evolve. EU discussions will continue until February when comments and further proposed amendments are expected. A final vote on the amendments is not expected until June 2022.