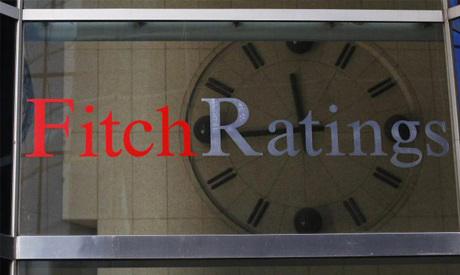 Egypt’s economic growth is expected to slow to 3% through the end of the current 2020/2021 fiscal year (ends June), compared to 5.6% in the 2019-20 fiscal year due to the negative impact on key sectors including tourism, commerce, transport and the Suez Canal. , which account for around 23% of GDP, Fitch Ratings said in a report on Wednesday.

On the other hand, lockdowns less stringent than those in other jurisdictions as well as higher public investment and infrastructure spending have supported growth, according to the report.

Regarding the banking system, Egyptian banks face deteriorating asset quality and continued pressure on profitability until 2021 due to the economic fallout from the pandemic, according to the report.

Capitalization through the banking system remains a weak credit and foreign currency liquidity is still vulnerable to external shocks, according to the report.

On the other hand, the report says the sector could benefit from growth and income opportunities, with Egyptian lockdowns less stringent than those in many jurisdictions, and consumer consumption and public investment more resilient.

The report also noted that the Egyptian banking sector’s average phase 3 loan ratio was stable at 3.4% at the end of the third quarter of 2020, supported by significant interest rate cuts from the Central Bank of Egypt. ‘Egypt (CBE) to stimulate lending, a period of six months. deferral of loan repayments; and flexibility in how banks classify loans.

“However, we believe these measures have delayed rather than prevented the deterioration in asset quality,” the report said.

He also expects the sector’s average Phase 3 loan ratio to increase to around 4% by the end of 2021.

However, key indicators of the pressures on asset quality are expected to be a higher level of restructured exposures and the migration of loans from Phase 1 to Phase 2, according to the report.

“Phase 2 loan ratios vary considerably from bank to bank, largely due to the fact that some banks have more proactively anticipated their provisions by classifying performing loans in phase 2 despite the measures. abstention, ”the report explained.

He added that such a projection should not cause capital erosion, but that capitalization remains a weak credit given the high exposure of banks to government and large individual debtors.

In addition, regulatory capital ratios are inflated by the zero risk weighting on local currency sovereign debt, according to the report.

On currency liquidity, the report noted that it recovered from the massive sales and portfolio outflows in March and April 2020, but remains vulnerable to foreign investor confidence in emerging market debt. and fluctuations in exchange rates.

NOTICE: The session featured Override-O-Rama, the last day of spending