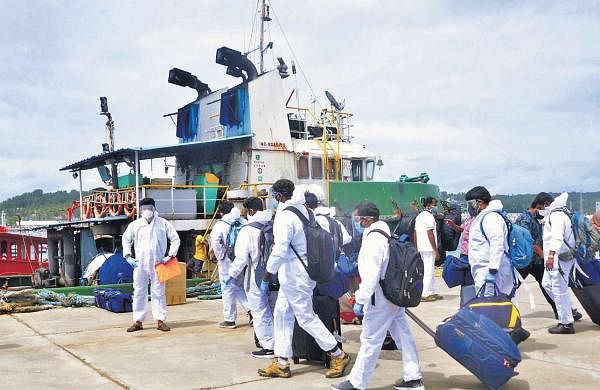 KOCHI: The Kerala Maritime Board’s decision to declassify the MT Malabar, the only state-owned ocean tugboat registered with the Indian Register of Shipping (IRS), has sparked a row.

According to the Seafarers Confederation of India, a union affiliated with BMS, the vessel helped the Maritime Council earn good income as it was used for a crew change in the ports of Vizhinjam and Kollam. “Declassification of the tug will result in job losses for Near Coastal Voyage (NCV) officers involved in ship safety and port-to-port operations. With the opening of the international port of Vizhinjam in three years, the Council maritime could have earned a good income from the tug, ”said Secretary General KS Anilkumar.

The tugboat was used to tow the MV Deep Sethu, a vessel owned by Lakshadweep from Kochi to Azheekal, which proved its usefulness. The other five tugs belonging to the Maritime Board are registered with the Kerala Inland Vessel, which imposes area restrictions in maritime operations. The decision to declassify the tug is aimed at helping private operators, Anilkumar said.

The Maritime Board moved the tug from Kollam to Kochi on February 19, 2021, with an expired certificate, after which the Merchantile Marine Department (MMD) fined Rs 8 lakh for violating the rules of the Merchant Shipping Act.

Denying the allegations, Maritime Board CEO H Dineshan said the decision to decommission the tug was made because the board suffered a loss of Rs 35 lakh per year for maintenance and compliance with IRS guidelines . Tugs are mainly used for docking and disembarking maneuvers in ports. Maintaining MMD registration entails huge expense and registration of Kerala domestic vessels is sufficient for such operations. In the event of maritime operations, the board can avail itself of a single travel authorization from the MMD, he said.