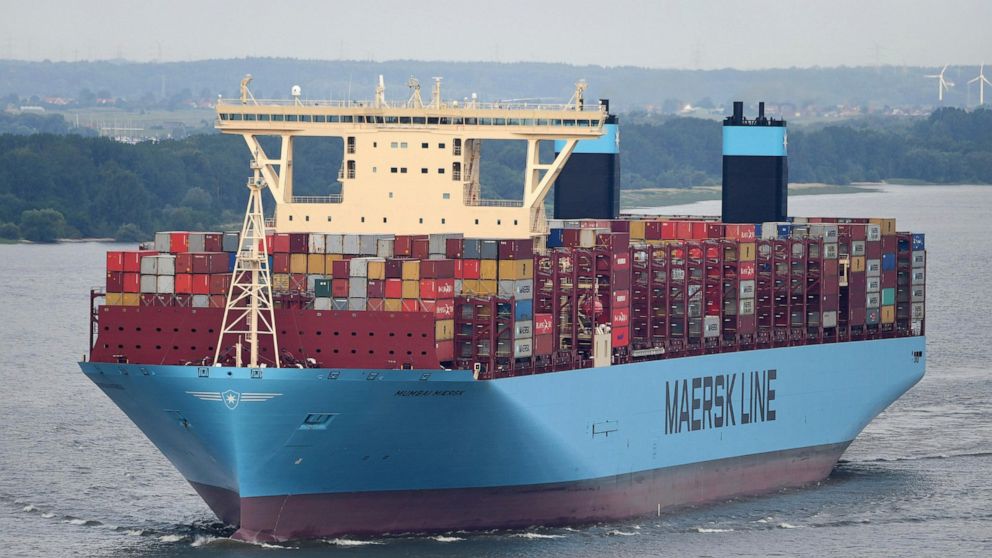 BERLIN — A container ship ran aground off a German North Sea island and an initial attempt to free it failed, authorities said Thursday.

Shipping company Maersk said on Twitter that the 400-metre (1,310ft) Mumbai Maersk ran aground in a “shallow area” on Wednesday evening. He said “all the crew are safe, there is no pollution and no sign of a hull breach”. He said the entrance to the large port of Bremerhaven was unobstructed.

Germany’s Central Command for Maritime Emergencies said several tugs and other vessels had been sent to assist the vessel overnight and a team of specially trained sailors had boarded, German news agency dpa reported. He said there were no injuries, but an initial attempt to move the vessel into deeper water failed.

Emergency Command said it would have to wait for high tide to try again to move the ship, which ran aground about 6 kilometers (4 miles) north of Wangerooge Island. The ship was en route from Rotterdam to Bremerhaven.

Maersk service to South India a success, but market fares continue to rise