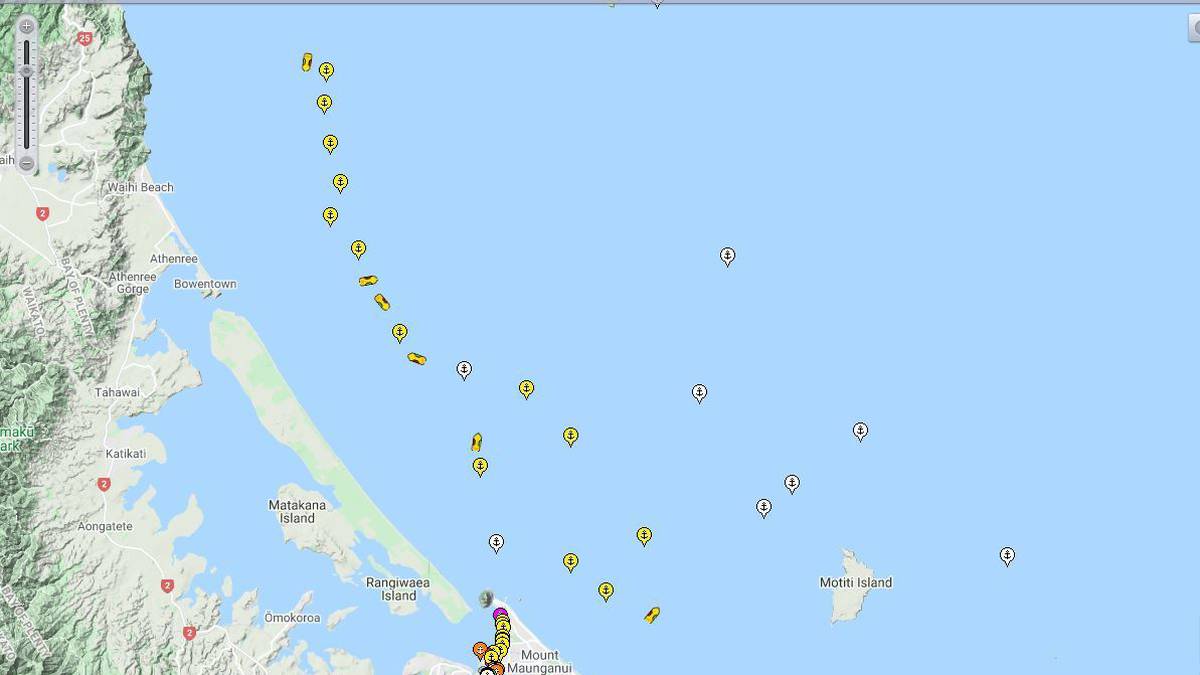 Congestion at the port of Tauranga: 19 ships awaiting berthing due to disruption of the international supply chain

At least 19 ships can be seen waiting to dock at the port of Tauranga. Image / Ship search

Ship Finder, a live marine tracking website, shows 19 ships anchored from the harbor entrance along the coast to the Coromandel while three other ships are en route, located off the coast of Whakatāne.

A spokeswoman for the port of Tauranga said the backlog was the result of continued disruption in the international supply chain.

“There is also still congestion and reduced capacity at Auckland’s ports, so we are handling large volumes of diverted import and export cargo.”

The spokesperson said it was clear the ships were not currently hijacked from Auckland, but the cargo was as were the empty containers.

There is no delay ashore due to an increase in the port’s train schedule, but many ships were arriving outside the scheduled time, she said.

“We treat them as they arrive and they wait at anchor until a berth is available.

“We are in the midst of the kiwifruit export season for container and charter ships and there is strong international demand for New Zealand export logs.”

“The number changes every day.

“Our team members and service providers do an incredible job handling the endless flow of freight and we thank our customers for their patience. “

The Bay of Plenty Times reported on “container chaos” earlier this month due to maritime congestion affecting ports around the world – the fallout from the Covid-19 pandemic.

At the time, a spokeswoman for the port of Tauranga said KiwiRail provided additional trains to avoid “significant delays”.

She said ships always arrive late and while the port processes them on arrival, some have to wait briefly at anchor.

Matt Ball of Auckland Ports said at the time their container terminal was operating at 100% or more of capacity most of the time.

Earlier this month, Ball said the port was able to increase its capacity to more than 1,000 20-foot equivalent units, which would help ease congestion.