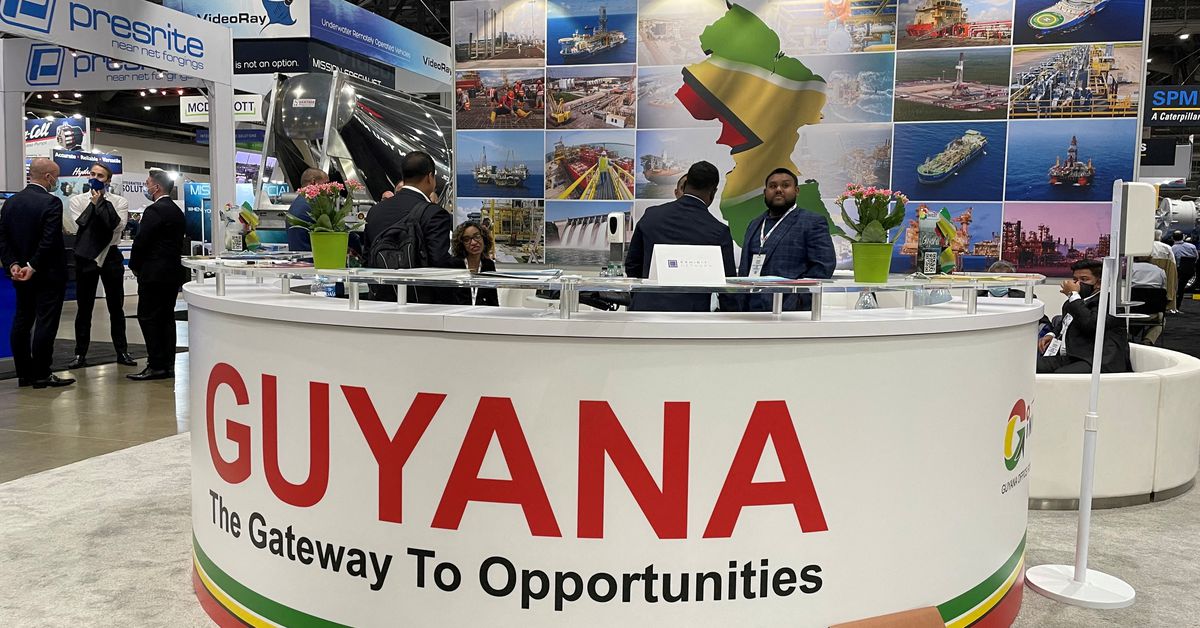 Guyana’s stand is seen at the offshore technology conference as Bharrat Jagdeo, the vice president of the South American nation, told the conference that it would be unfair to ask the developing nation not to develop its burgeoning oil resources, in Houston, USA, date unknown. REUTERS/Sabrina Valle

The CGX Energy Grand Canal Industrial Estates unit in 2010 acquired a 50-year lease for a 55-acre parcel strategically located near the Barbice River for the project. When completed, it would become Guyana’s third oil port and its only deep-water facility.

“Construction of the quays and dredging will begin very soon,” said CGX Energy co-chairman Suresh Narine. “Works on land are well advanced,” he said, noting that skilled labor has been hired for the construction of the port.

Contractors are being selected, a process that will be followed by the construction of buildings ashore. “We are targeting the end of 2022 for the operation of the port’s offshore supply base component,” he said.

The port will primarily serve the oil and gas industry by supplying equipment, fuel, cement, water and electricity. But it will also have a section dedicated to agricultural exports, whose production is booming in this region of Guyana, and other areas for container ships, cruise liners and specialized cargo ships.

The facility, which could serve neighboring Suriname, also plans to accommodate imports and exports of agricultural products transported from Brazil after the completion of a road linking the two countries. Read more

In addition to the port project, CGX Energy and its parent company Frontera Energy (FEC.TO) are drilling oil in the Corentyne offshore block in Guyana, where they announced the discovery of yet-to-be-measured oil and gas resources. Read more

Reporting by Sabrina Valle in Georgetown, Guyana, and Marianna Parraga in Houston Editing by Matthew Lewis