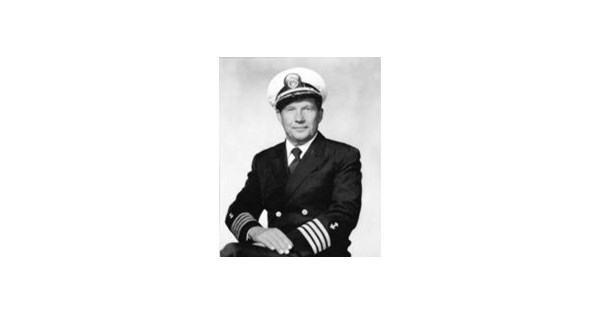 Captain Louis Kingma
January 19, 1927 – October 12, 2021
Lynnwood, Washington – Captain Louis Kingma, United States Merchant Navy
January 19, 1927 – October 12, 2021
“It’s not that I dislike life on land. But life at sea is better.” – Francis Drake
After months of declining health, Captain Louis (Lou) Kingma, at the impressive age of 94, passed away peacefully at home with his family by his side. He leads an adventurous career in the merchant navy and spends as much time at sea as on land. His travels made him the accomplished storyteller who still surprised his family with new anecdotes until the day of his death.
Lou was born on a “nearly 40 under” winter day, the youngest of six children, to Dutch immigrant parents struggling as ranchers in the harsh prairies north of Columbus, Montana. At the age of four, after the death of his father and the remarriage of his mother, Lou moved with his family to Lynden, Washington. The whole family of eight crammed into their 1927 Essex, clothes and household items rushed to the top of the overtaxed car on its multi-day trip to the northern corner of the Pacific Northwest where the little Louis was “stunned to see so many trees”.
In 1944, at the age of 17, Lou left home to join the US Navy in the Pacific Campaign of World War II. He served on the USS Samaritan, a hospital ship, and participated in the battles of Saipan, Peleliu, Iwo Jima and Okinawa. His naval experience sparked a love of being at sea. After the war ended, he spent two years trying to find satisfaction in jobs ashore, but the sea reminded him. In 1948, he began a lifelong career in the United States Merchant Navy, rising from a leading seaman to the highest rank of captain, responsible for overseeing operations on ships of unlimited size sailing all over the world.
It was at sea in 1953 that Lou met a beautiful Irish brunette from Boston, Joséphine (Jo) Mahoney, whom he married in Seattle two years later. He was serving as a third mate on a passenger ship bound for Japan, and Josephine was on her way to a job in the U.S. civil service in Japan, supporting the occupation forces of the military. Over the years Lou and Jo have established homes all over the world, all located in coastal areas near a harbor. They lived in Seattle while Lou ran tugs to Alaska, spent seven years in Hawaii where Lou worked for the Military Sealift Command (MSC), lived in South Africa and Australia during which time he was a captain. for Global Marine, before eventually moving back to the Seattle area. Once back in the United States, Lou accepted a post as captain with Apex Marine Shipping and spent the next ten years taking large cargo ships and tankers on long ocean crossings with Josephine accompanying him on many of them. they.
One of Lou’s most told stories was about his ship, the Glomar Explorer, being the only ship to obtain a departure clearance from the Chilean port of Valparaiso during Pinochet’s military coup in 1973. It had strategically unloaded a large amount of toilet paper from the ship after learning that the soldiers guarding the harbor were in desperate need of it. When he was then questioned by the CIA on how he had managed to obtain the clearance, he mischievously replied that all that was needed was a bunch of toilet paper!
Lou has been around the world and crossing the equator more times than he could remember. It has docked in ports on all continents and has sailed all oceans. It transited through the Panama Canal, the Suez Canal and repeatedly bypassed the Cape of Good Hope and Cape Horn. He was one of the most knowledgeable and respected captains in the international maritime industry, serving as a mentor and providing an inspiring example for others to follow. In the words of one who served under him, “I am eternally grateful for the opportunity to have sailed under your safe and deeply indebted hand for your benevolence and understanding.”
Lou was predeceased by his brothers, Simon Kingma, Ralph Kingma and Fred Stremler and his sisters, Sylvia Madej, Dorothy Hobson and Martha Loomer. He will be sadly missed by his wife Josephine of 66 years, daughter Barbara Kingma, daughter Sheri Hargus, son-in-law Brian Hargus, grandchildren Kyle Hargus, Cory Hargus, Kelley Hargus and Connor Hargus and his many nieces. , nephews and friends.
At his request, his ashes will be scattered at sea in a private ceremony. To remember Lou, his family simply asks you to contemplate the majesty of the sea and celebrate its power to inspire exploration and adventure.

Published by Bellingham Herald on October 17, 2021.