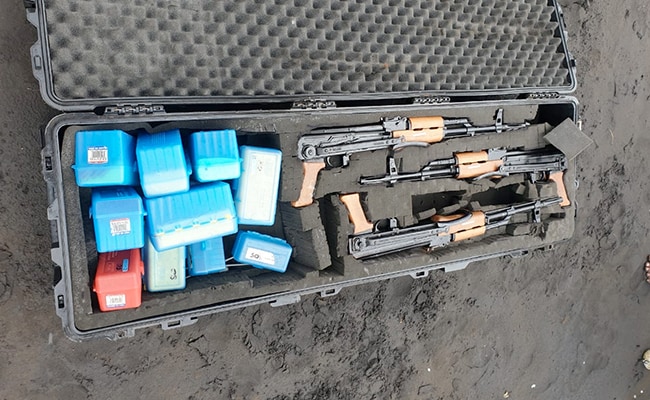 Three AK-47 rifles and some bullets were found on the boat.

Mumbai:
Maharashtra Deputy Chief Minister Devendra Fadnavis said the boat carrying three AK-47s is owned by an Australian couple who abandoned it after engine problems. Prima facie, there’s no angle of terror, but it’s unclear why he was carrying weapons.