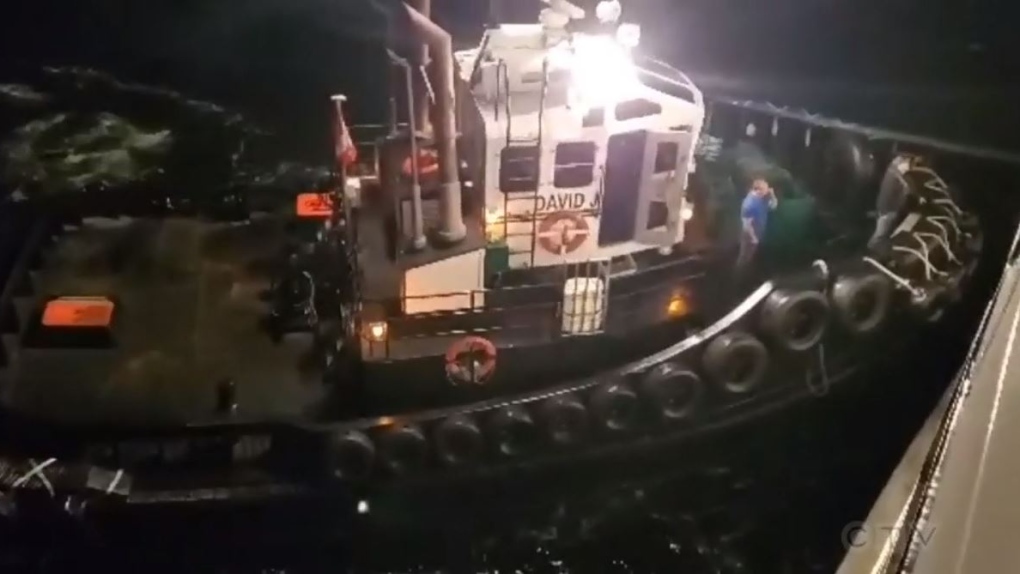 BC Ferries vessel towed to Nanaimo after breakdown at sea

A traveler who was stranded aboard a BC Ferries vessel traveling between Horseshoe Bay and Nanaimo, B.C. captured video footage of two tugs guiding the vessel into Departure Bay.

The ferry, the Queen of Oak Bay, was about 10 minutes from Departure Bay on Wednesday evening when it suffered a mechanical failure with its steering gear.

What is normally a 90-minute trip turned into a five-hour ordeal, with the ship due to arrive around 9.45pm instead of docking around 1am.

“The engine slowed down around 10 a.m. [p.m.]then there was an announcement around 10:15 a.m.,” said passenger Karen Kuwica, adding that the ship had already departed about 30 minutes late from Horseshoe Bay.

“The first announcement was that there was a mechanical issue that was being investigated and they would let us know,” she said.

Updates would continue to come in, according to Kuwica, with the crew later saying there was a “hydraulic failure” with one of the ship’s rudders, preventing the crew from steering.

Kuwica said staff communication was “excellent” during the ordeal and passengers were offered free drinks afterwards.

Kuwica says two tugs were brought in to help aid the ship, which was adrift.

Despite having no steering controls, the passenger says everyone aboard the ship remained calm, if a bit frustrated.

“We were out in the open, we never got close to anything,” she said. “There was no panic or distress.”

Once the tugs arrived, Kuwica says crew members tried to fix the rudder manually before towing the Queen of Oak Bay to shore.

“The tugs were so impressive,” she said. “The crews were pros. They maneuvered these huge ships with such finesse.”

She says the ferry eventually got going again and it appeared the tugs were mainly there to guide the ship rather than pull it.

Travel disruptions continued on Thursday, with the Queen of Oak Bay still in need of repairs.

The Queen of Coquitlam ship also canceled departures on Thursday, “due to a delay in returning Queen of Surrey to service after their annual refit,” BC Ferries said.

In March, BC Ferries warned that crew shortages could also disrupt travel this summer.


With files from The Canadian Press