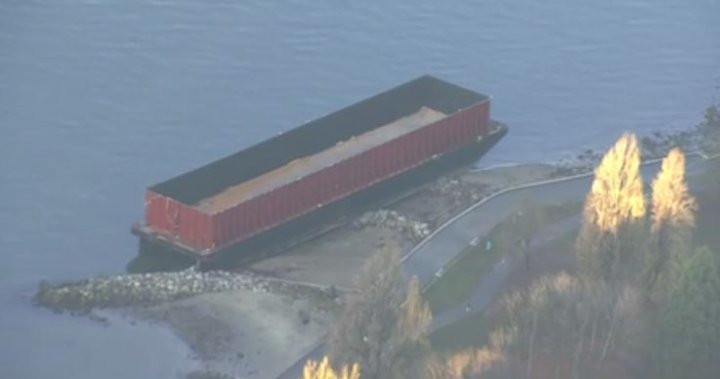 The barge stranded on Sunset Beach in Vancouver will not move until at least Sunday.

Transport Canada said tugs would attempt to pull the barge from shore during high tide on Sunday just before 8 a.m.

2:27
Flooding in British Columbia: Heavy rains and wind cause chaos in Metro Vancouver

Flooding in British Columbia: Heavy rains and wind cause chaos in Metro Vancouver

The barge drifted into Vancouver’s English Bay Monday afternoon as an atmospheric river flooded the southern part of the province.

The city of Vancouver closed the Burrard Bridge on Monday evening “due to the risk of the Sunset Beach barge coming loose and colliding with the bridge.”

On Tuesday, an attempt to refloat the barge in deeper water failed.