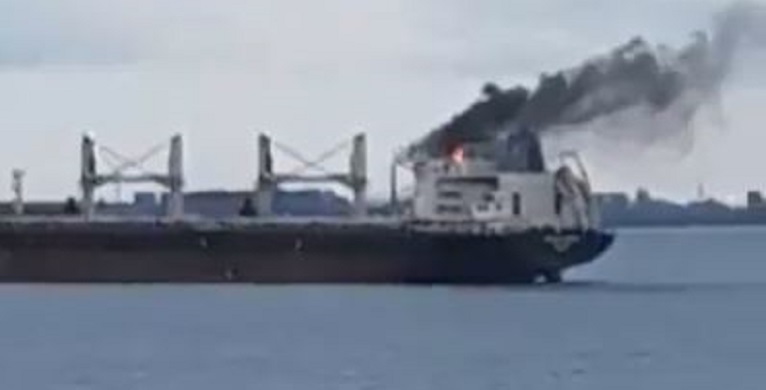 The Ukrainian Seaports Authority reported that the 38,894 dwt, Banglar Samriddih, anchored in the port of Olvia was hit by a Russian Navy rocket at 17-25 hours local time on March 2.

The Port Authority said in a Facebook post that two tugs were dispatched to rescue the crew and preliminary reports said none of the 29 crew members were injured. The ships arrive in port on February 23 and were waiting to load.

Video posted to Twitter showed what was reported to the ship after the missile hit with flames in the deck and accommodation block area and smoke billowing from the ship.

The vessel built in 2018 is owned and managed by Bangladesh Shipping Corp.

According to security analysts Dryad Global, it is the fourth commercial vessel to be hit by missiles since the Russian invasion of Ukraine, including the Yasa Jupiter on February 24, and the Namura Queen and Millennial Spirit on February 25.

Two Ukrainian-flagged bulk carriers – Afina and Princess Nicole – were seized by the Russian Navy over the weekend.