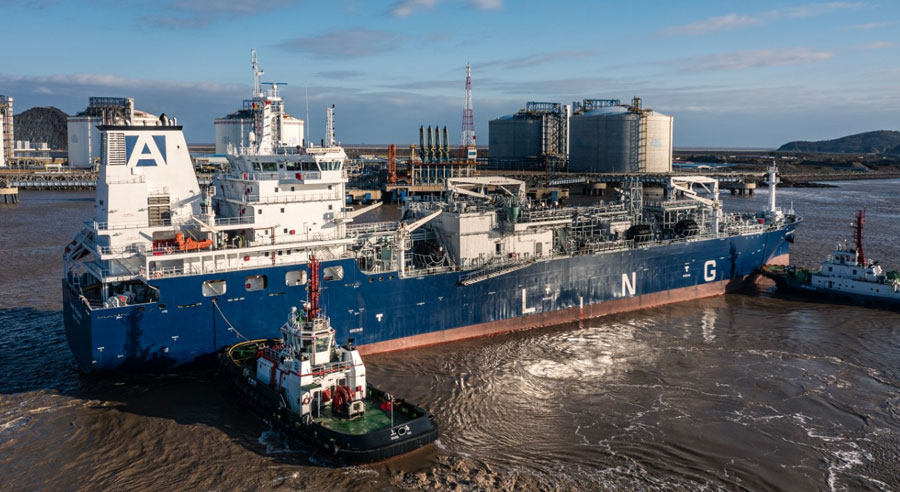 Avenir LNG has entered into a Long Term Cooperation Agreement (JCA) with Shanghai SIPG Energy Service (SSES). This is a Chinese joint venture between Shanghai International Port Group (SIPG) and Shenergy which is responsible for delivering bunker LNG to CMA CGM container ships on behalf of SIPG.

As part of the JCA, Avenir will be responsible for the global marketing of LNG bunkering services in the Port of Shanghai. It will also support SSES to ensure seamless LNG bunkering operations for CMA CGM container ships and future customers.

Avenir says this is a major step as it expands the company’s bunker network into the Chinese market. Therefore, it adds another hub to its existing bunker network in the Mediterranean, North West Europe and Malaysia.

the Future Allegiance is the largest liquefied natural gas bunker vessel in the world. Now it will supply LNG to the largest LNG bunkering customer at the world’s largest container port, the company says.

The sale of the ship allowed Avenir to benefit from a significant cash rebate. The company will use the proceeds to improve its working capital position and fund future growth opportunities.

Pierre Mackey, CEO of Avenir LNG, said “We are excited to play an important role in establishing and promoting China’s first LNG bunkering hub in Shanghai. This agreement marks another major achievement in the development of Avenir as we continue to expand our LNG bunkering network globally.

LUO Wenbin added SIPG: “SIPG is working to build the LNG bunkering hub for international ships in the Port of Shanghai. SIPG’s subsidiary, SSES, establishes a long-term cooperative relationship with Avenir, which will promote LNG bunkering services for CMA CGM and other international liner customers in the Port of Shanghai and join together to bring a positive contribution to the energy transition and the reduction of carbon emissions from shipping and supply chain logistics.”

European shipowners and ports criticize the amendments to the EU ETS