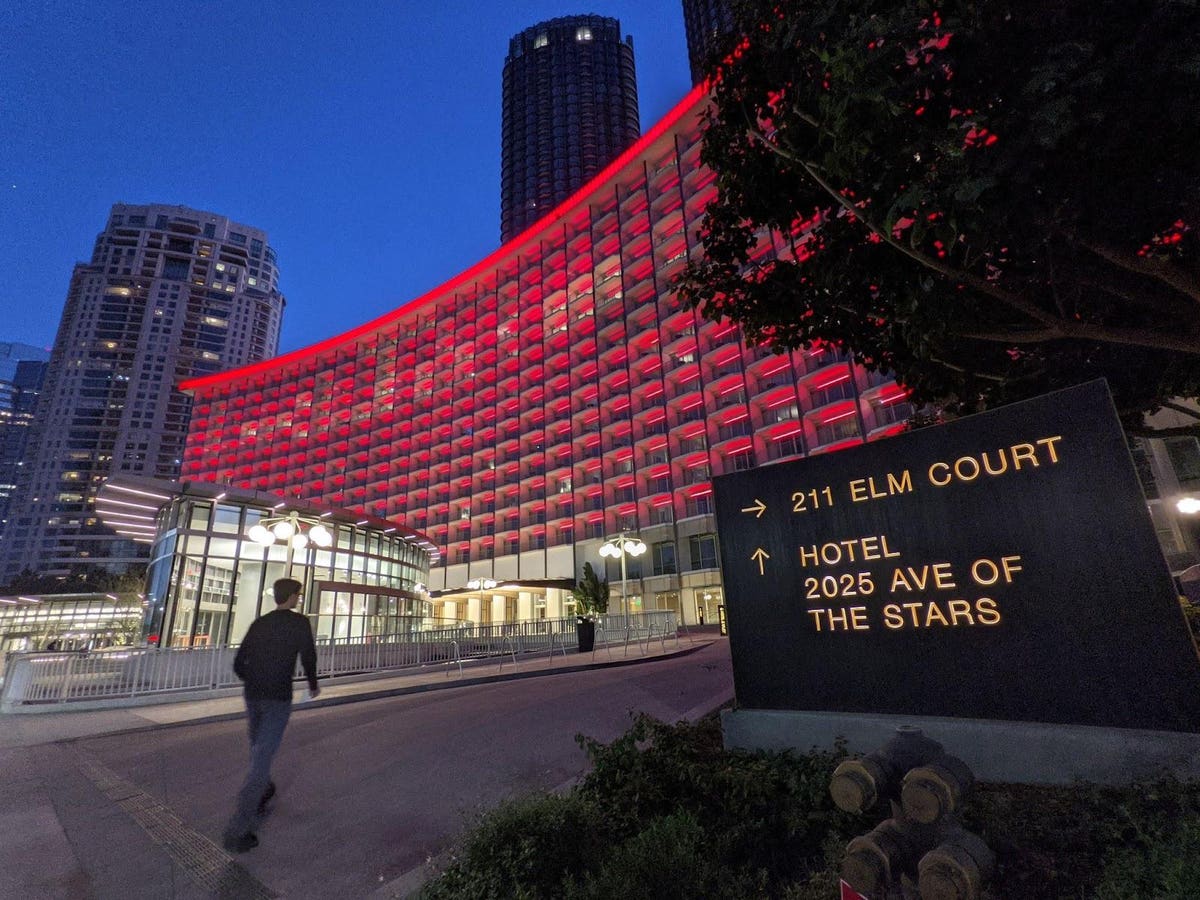 As this COVID road trip ends, another begins

It looked like COVID was over as we headed to Southern California, the final stop on our 10,000 mile road trip. But then they’d been saying this for months – first in the summer of 2020, then in the spring of 2021, and now, in early November.

I’d seen it all since we started in the spring: exposed Texans, double-masked Vermonters, provocative but desolate Iowans hurrying to the state fair. And now Californians with some of the toughest masking and social distancing rules, which they reluctantly followed.

You probably don’t need a 10-part series to tell yourself that attitudes toward COVID vary across states in the United States, or that some people follow the rules and others don’t. The real take-out is both reassuring and terrifying. Whatever happens, tourism will continue. No quarantine, no government advice, and indeed, no pandemic can stop it.

This is the last part of a series on a 10,000 mile road trip around the United States during the rise and fall of the delta variant.

Delta business slips at the end of a long journey

Is this the end of the road to travel?

When the delta started to peak, here’s what happened in Minnesota

Laying the tracks of a delta wave in the Midwest

This is how the delta variant surprised summer travelers

Amnesia from Covid in the South

How the Delta Variant Changed Travel

How Southern California Responded to the Delta Surge

In Southern California, we have seen the best and the worst during the declining months of the Delta variant. In Century City, I visited the new Fairmont Century Plaza, which had just opened after a massive $ 2 billion renovation. In fact, to call it a renovation would be a disservice; it is essentially a new hotel which preserves the modernist facade. There is a new spa, larger rooms and the Brasserie Lumière, where you can order a $ 25 “burger” for dinner. They even moved the elevators. Hotel officials are bracing for the return of business trips and they are optimistic it will happen soon.

Already, the nearby town of Westfield Century City, an open-air mall, was starting to get busy with vacation shoppers. Some wore masks outside, but many weren’t.

In San Diego, we visited the North Park neighborhood, which had suffered tremendously during the delta surge. The businesses were closed and the visitors were few. But even there, hotels like the Lafayette Hotel saw a bright future after the storm. The hotel’s new owners embark on a multi-million dollar renovation of this historic property, bringing it back to its former glory – a time when Hollywood stars like Ava Gardner and Bob and Hope used to spend weekends here. ends.

But there was also a darker side to the delta surge.

The end of the road took a few more weeks to reach. We found an apartment in Long Beach, CA that isn’t exactly a tourist attraction. I spent the mornings walking from home on Avenue des Pins to Pacific Aquarium and across the bridge to the Queen Mary, a cruise ship transformed into a hotel and restaurant.

For a few days we felt like we got there just in time to see Delta finish this place. Long Beach appeared to have bottomed out in October, with summer ending and no conventions in town. It was not at all the place I remembered when I lived in Southern California in the 1980s – the bustling port city with interesting restaurants and vibrant nightlife.

The streets seemed almost empty during the day. The Queen Mary had closed when the pandemic started, and she was unlikely to ever return.

Container ships were anchored just outside the port in long lines to unload their cargo, delays caused by supply chain issues linked to the pandemic. While we were there, Los Angeles County adopted some of the most stringent COVID requirements we’ve seen on our travels. At the beginning of November, customers had to show proof of vaccination in indoor bars, nightclubs and other places,

Here, for the first time, I had the impression that the pandemic could have caused permanent damage. But just before I left, a big convention called ComplexCon came to town, with around 50,000 attendees. The container ships have started moving again. And the number of COVID cases has continued to decline.

By the end of the year, Long Beach would be a better place, maybe.

As the journey drew to a close, there are things that I will not forget. But it’s an almost paradoxical collection of memories that describe the forces that made traveling during the pandemic such a strange experience.

We are bigger than Delta. There was a road stop between Texas and Louisiana at a Buc-ee’s, a larger-than-life roadside convenience store. No masks, no social distancing between clients, no caring for the world. They filled their oversized paper cups with slushy and tasted its “world famous” jerky, and they didn’t seem to care what was to come. There is something about this attitude that I find both dangerous and inspiring – this attitude that we will not let the virus get the better of us. We are bigger than COVID. Only in Texas!

This dairy market is opening up one way or another. Another favorite memory was a visit to the new dairy market in Charlottesville, Va., Paul Cooper, CEO of the developer Retro hospitality, who created the concept of the food hall, told me there has been pressure to delay opening during the pandemic. But there, too, they didn’t want COVID to stop the progress. So they opened in stages to keep everyone safe – a smooth opening earlier in the year followed by a grand opening in mid-June. “We left nothing to chance,” he told me.

This was not to happen. I remember visiting Kelsey Baumgarten, who runs the Hidden Bean Bakery in Brattleboro, Vermont. On the porch of her home business, I was drawn into a conversation with her and her owner about health care and how the tragedy in the United States could have been avoided if we had a more affordable system and people who take personal responsibility for their actions. As I rewind this conversation now in my mind, and where I am from, I wish more people would feel like the people I have met in Vermont.

Back to Minneapolis. Traveling during the delta surge has been such a conflicting experience. You know it’s dangerous, but you’re leaving anyway. No place captures these conflicting emotions better than Minneapolis. In particular, Piotr Szyhalski Labor camp report at the Minneapolis Institute of Art left a lasting impression. This is a series of 225 drawings created over eight months, retracing his impressions of COVID in real time. Oddly, I felt at home in Minnesota like almost nowhere else. After all, this is where my maternal grandparents fled from Germany after WWII.

At the end of the road. The end of Interstate 10 in Santa Monica is as common as any freeway exit. But if you get off at exit 1C and turn right onto Cloverfield Blvd., it will take you to Tartine bakery. There, sitting on the cafe terrace and enjoying a vegan crumb cake with an Americano is as good a place as any to gaze at the end of the road. And when you consider the highs and lows of 2021, you realize that the end is actually the beginning. A few travelers braved the trip this summer. But the others are not far.

what about the rest of the world?

I appreciate the opportunity to share this road trip series with you. It has been a roller coaster ride in more ways than one. We felt the fear together as the number of delta cases increased in Illinois, Iowa and Minnesota. We saw the good spirits of the people of Georgia, South Carolina and Florida as they tried to avoid the pandemic and get their lives back on track. We felt the deep sorrow at the tourist attractions decimated by the virus, and I shared my personal losses. But we also shared optimism for a brighter future, even as the delta variant persists and cases start to rise again.

Over the past ten weeks, the most common feedback I have received on this series is a warning. Why would you take the risk of traveling during a dangerous pandemic, especially with your children? My favorite is the reader who said my daughter, who left the trip halfway, was “the smart one”.

It might be true, but here’s how I see it. I’ve spent quite a bit of time with people who live in retirement communities, who are nearing the end of their lives. When they hear that I am a travel writer, they often tell me that they wish they had traveled more when they were young. But I have yet to hear anyone say they regret traveling more.

This is what I call the rocking chair movement rule. When you look back on your life, you won’t regret the trips you took, only the ones you didn’t.

And this is not the end of the road for us. Last week I took a flight to Lisbon with my boys. This is the first step in a two-year project around the world to see how the rest of the world is recovering from COVID. Portugal is one of the most vaccinated countries in the world, with more than 86 percent of the population having received their vaccines. Additionally, many Americans are considering international vacations for the first time since the outbreak. What awaits them?