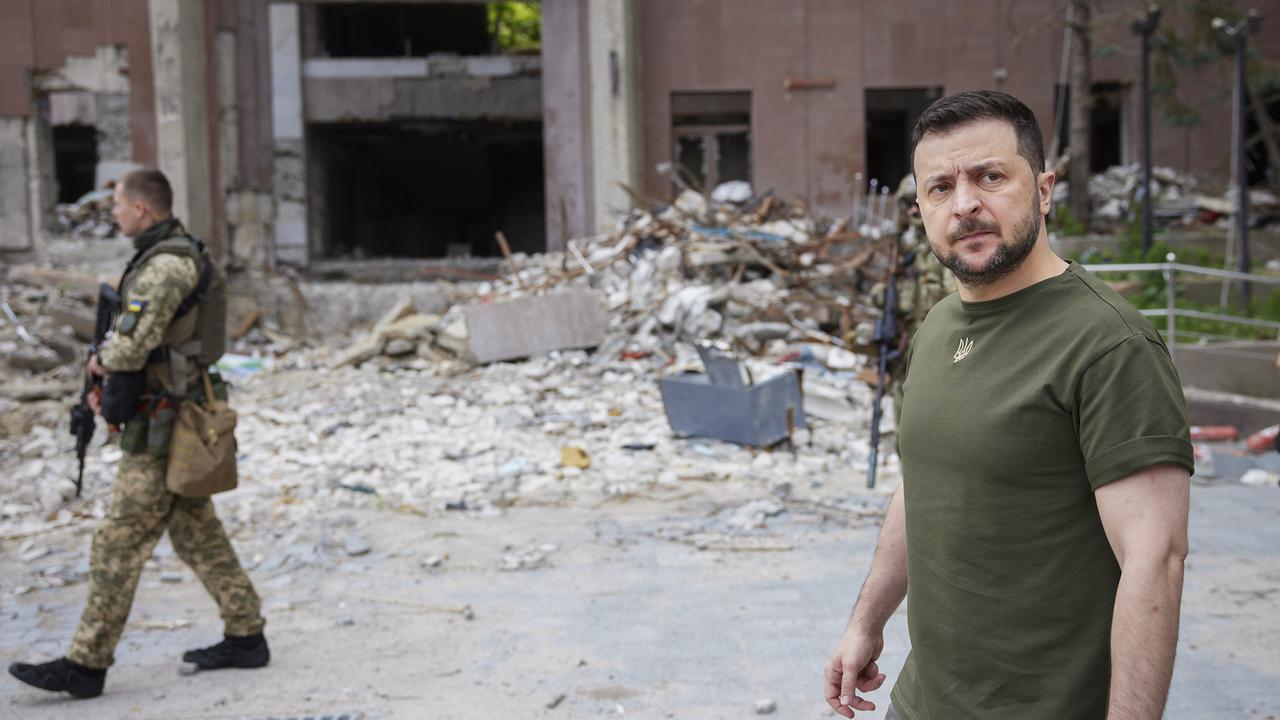 With a blessing for its European ambitions and a pledge of unwavering support from Britain, Ukraine pledges to prevail against Moscow as it battles Russian assaults near a key eastern city and that several places were attacked by shells and missiles.

European Union countries are expected at a summit next week to grant Ukraine EU candidate status following a recommendation from the bloc’s executive on Friday, putting Kyiv on the well on the way to realizing an aspiration considered out of reach before the February 24 Russian invasion, although actual membership could take years.

On Friday, British Prime Minister Boris Johnson paid a surprise visit to Kyiv and offered enhanced training to Ukrainian forces. Returning to Britain on Saturday, he stressed the need to avoid “Ukrainian fatigue” after nearly four months of war.

Invest in the journalism that made the difference.

“The Russians are moving forward bit by bit and it’s vital for us to show what we know to be true, which is that Ukraine can and will win,” he told reporters.

“As Ukraine fatigue sets in, it’s very important to show that we’re with them for the long haul and giving them the strategic resilience they need.”

In an op-ed in London’s Sunday Times newspaper, Johnson said that meant making sure “Ukraine gets arms, equipment, ammunition and training faster than the invader.”

On the battlefields on Saturday, Sievierodonetsk, prime target of Moscow’s offensive aimed at taking full control of the eastern Luhansk region, was again the target of heavy artillery and rockets as Russian forces attacked areas outside the industrial city, the Ukrainian military said.

Luhansk Governor Serhiy Gaidai said Russian attacks on towns just south of Sievierodonetsk had been repelled by Ukrainian forces, although the situation in satellite villages was “difficult”.

“The Russians threw all their reserves in the direction of Sievierodonetsk and Bakhmut,” he said in an online message. “They are trying to establish full control over the regional center and cut off the Lysychansk-Bakhmut highway. They have no success, they die en masse.

Gaidai said the town of Lysychansk was constantly shelled but remained entirely in Ukrainian hands, although a “silent” evacuation was underway. He said a key highway out of town was now impassable due to Russian shelling.

In the northwest, several Russian missiles hit a gas plant in Izium district, and Russian rockets rained down on a suburb of Kharkiv, Ukraine’s second-largest city, hitting a municipal building and starting a fire in an apartment building, but no casualties, the Ukrainian said the authorities.

Further northwest, the Ukrainian Armed Forces General Staff said Russian troops on a reconnaissance mission near the town of Krasnopillya were repelled with heavy casualties on Saturday.

Ukrainian authorities also reported nighttime shelling of locations further west in Poltava and Dnipropetrovsk, and on Saturday said three Russian missiles destroyed a fuel storage depot in the town of Novomoskovsk, injuring 11 people, including one seriously.

Ukrainian President Volodymyr Zelenskiy, whose challenge inspired Ukrainians and won him global respect, said on Saturday he visited soldiers on the southern front line in the Mykolaiv region.

One of Russian President Vladimir Putin’s stated goals when he ordered his troops into Ukraine was to halt the eastward expansion of the NATO military alliance and keep the neighbor of south of Moscow outside the Western sphere of influence.

But the war had the opposite effect: convincing Finland and Sweden to seek to join NATO and helping pave the way for Ukraine’s bid for EU membership.

“The Ukrainians are ready to die for the European perspective,” European Commission President Ursula von der Leyen said on Friday, while announcing her decision to recommend Ukraine and its neighbor Moldova as candidates for membership of the European Union. the EU.

“We want them to live the European dream with us.”

Save this EOFY while you make a difference

Australia has spoken. We want more from people in power and deserve a media that keeps them on their toes. And thank you, because it has been said very clearly that at Crikey We are on the right path.

We pushed our journalism as far as we could go. And that was only possible with the support of readers. Thanks. And if you haven’t subscribed yet, now is the time to join tens of thousands of Crikey members to take the plunge.