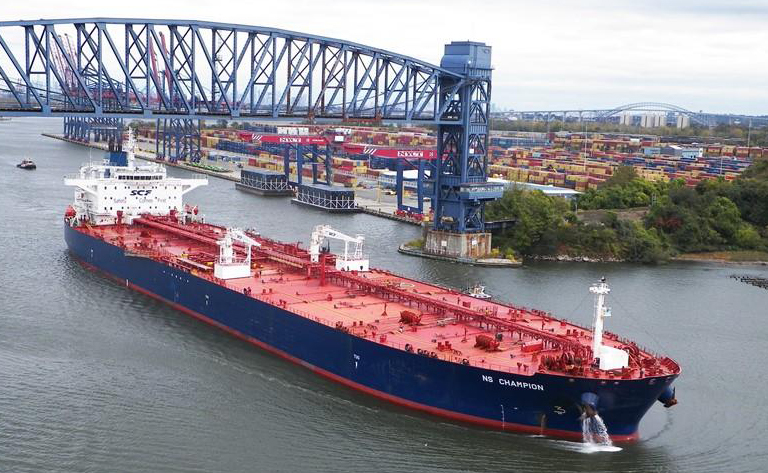 Alistair Carmichael has written to the Prime Minister asking him to deny Russian-owned ships access to UK ports, as the row over a tanker visiting Orkney deepens.

After that country’s invasion of Ukraine, allowing access to Russian-owned ships “would dishonor the memory of the sacrifice that the crew of the royal oak done in their fight against fascism,” Mr. Carmichael said.

He called on the Prime Minister to take immediate action to stop the tanker’s visit NS Championwhich is due to dock at Flotta on Tuesday 1 March.

The 244-metre Liberian-flagged vessel is owned by state-owned Sovcomflot, Russia’s largest shipping company and one of the world’s leading oil and gas carriers.

Currently, these vessels operate freely and cannot legally be denied access to ports by local authorities.

Following the visit of another Sovcomflot vessel to Sheltand on Thursday, Boris Johnson pledged to investigate the access of these vessels to North Sea terminals.

He added that the sanctions can target “any company, any entity that has a relationship with the Russian state”.

Mr Carmichael has now written to Mr Johnson, highlighting the key role of the Northern Isles in the fight against the Nazi regime during World War Two, including the sinking of the Royal Navy flagship, the Oh Royalk, with a loss of 835 men and boys.

In his letter, the MP for the Northern Isles said: “It is therefore imperative that you act without delay to ensure that Sovcomflot is sanctioned and prohibited the access of its vessels to British ports.

“Like right-thinking people across the UK, the people of Orkney were sickened by what we saw on our television screens of the Russian attack on Ukraine.

“We expect you, as Prime Minister, to act to put an end to this continuous trade which brings in money to finance the slaughter of Ukrainian citizens.”

He continues: “Allowing Sovcomflot to operate unhindered at Scapa Flow would dishonor the memory of the sacrifice that the crew of the royal oak done in their fight against fascism of the type that is currently engaged in attacking the Ukrainian people.

Adding their voice to the outcry, Orkney Greens are demanding a ban on Russian ships entering the Flow.

OIC Green Councilor Steve Sankey has pledged to do all he can to prevent the tanker from entering Scapa Flow and docking at Flotta.

He said: “I have taken the advice of the Chief Legal Officer of the OCI to establish that the OCI must comply by law with the so-called ‘open port obligation’. This stems from the Ports Act 1847 which states that any port may be open to all for the shipment of goods.

“But in my opinion, it’s so different. Can you imagine Churchill complying with Victorian law and allowing a ship belonging to a hostile nation to enter the Flow?

“We have a proud maritime history in Orkney, and we should play our part and immediately ban all Russian ships from entering our ports. This would be a peaceful but very effective act.

Councilor Sankey intends to liaise with OIC officers, fellow councilors and politicians early next week to see how this visit can be stopped. He says he cannot tolerate any kind of OIC services helping the ship.

“While we are required by law to allow access, there is no law stating that our pilot boats and tugs should be used, and I am deeply unhappy that our port assets are assisting a Russian vessel under the current circumstances.” , adds Councilor Sankey.

In a statement, the ICO confirmed that the local authority has no role in enforcing the sanctions and that “all decisions are made by the UK government”.

One Piece: 10 Unlovable Characters Fans Have Fallen In Love With