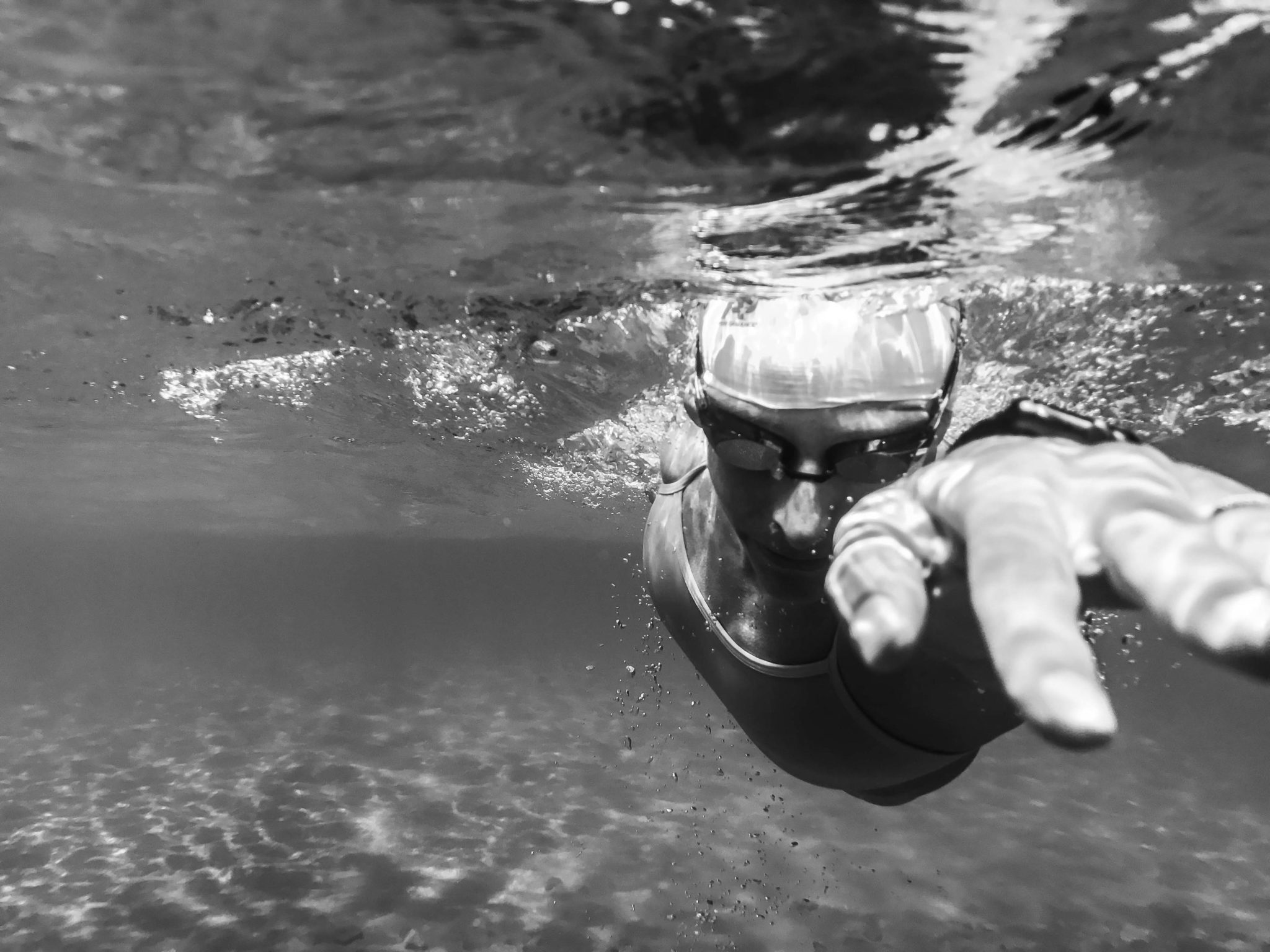 The scenery on Coney Island beach in July was simply idyllic. Children played in the waves under the supervision of lifeguards who occasionally whistled when someone was playing rough. Farther on, a few people were swimming between the jetties. Even further away, similar to migratory birds that fly farther and farther afield, the group of swimmers pushed along the shore of Coney Island. Some of them were towing the dry, floating red bags that contained their clothes and other personal effects. These bags also serve as flotation devices and are visible from a distance. The formidable swimmers were training for the triathlon. They love Coney Island because of its calm waters that are not common in neighboring Rockaways and the Jersey Shore – places with beautiful shores, but lots of waves and rip currents.

The water was clean, refreshing and made me feel especially grateful as it was the first time in many months that I had been swimming in it. For the past year or so, I have tried to wait until the pandemic is over in the mountainous region of eastern Pennsylvania called Poconos. The Poconos have several dozen lakes, most of them small and man-made. One of those lakes was next to where I was staying and swimming, kayaking and sailing as much as I could. Lake water is not ocean water. You sometimes touch the grassy ground with your feet when swimming and depending on the rain the night before, you may come out of the water like a native lake creature with your skin tattooed with tiny dots of dirt that quickly dry out and fall off. . The lake water does not contain any of that magical energy that sea water gives you.

The lake where I was had a swimming area delimited by floating lines. Two high wooden lifeguard chairs have been emptied of their occupants due to Covid restrictions. Lifeguards save lives especially in lakes, ponds and swimming pools where people feel less vulnerable. But by confining all swimmers to tiny places, they prevent swimming. My lake’s swimming area is the size of a Starbucks, while the lake is at least five city blocks in size. The person who decided on her size was hardly an avid swimmer.

“Swim at your own risk” proclaimed the lifeguards every night before leaving and I gladly accepted. So when the community didn’t retain rescuers for the Covid Baked Summer, I didn’t miss them. I swam around the long, narrow island that sits in the center of the lake. People on paddleboards, kayaks, and fishing boats were giving me surprised looks as little birds, ducks, and turtles minded their own business.

On July 4, the lake beach was packed with people. It was hot and the swimming area was crowded. The lifeguards were absent but no one ventured outside the lines that demarcated the swimming area. Instead, people preferred to congregate in the area where there was as much space as in an airplane filled to capacity. It didn’t surprise me. As children, Americans learn to swim in swimming pools. The pool water is clear all the way to the bottom and you can only swim a preset distance one way. My friend, for example, learned to swim in the pool. He was on his school’s swim team. He had a nice clean shot but he would never venture beyond the nearest buoy. I grew up near the Ros River in Ukraine. When I was learning to swim my goal was to get to the other side of the river, not to learn the right technique. I still remember the joy I felt when my feet hit the ground at “Riverbeyond” – the name my locals referred to across the river.

Perhaps pool limits are part of the reason, but many Americans only think of swimming in terms of safety skill and healthy training exercise. Swimming is more than that. It grants the freedom of gravity and the freedom to move through matter other than hard earth. Yet no matter how great swimming makes us feel, water is not our natural habitat. A swimmer must estimate the swimming distance so that at any time the body has enough energy to return to land. If we are to swim we have to follow the lead of those who train for a triathlon – swim far but carry a floating rescue bag. Swim in calmer waters and swim with friends.

The very first time Stas saw the sea was like a little boy. He saw it from a bus window at the end of a bumpy road twelve o’clock stroll. The Black Sea seemed as blue to him as the sky itself, but much sharper and within reach. Today, Stas lives in Brooklyn just steps from the water. If he doesn’t swim or sail, he writes about it.

UK warns of potential Iranian hijacking of tanker off Oman