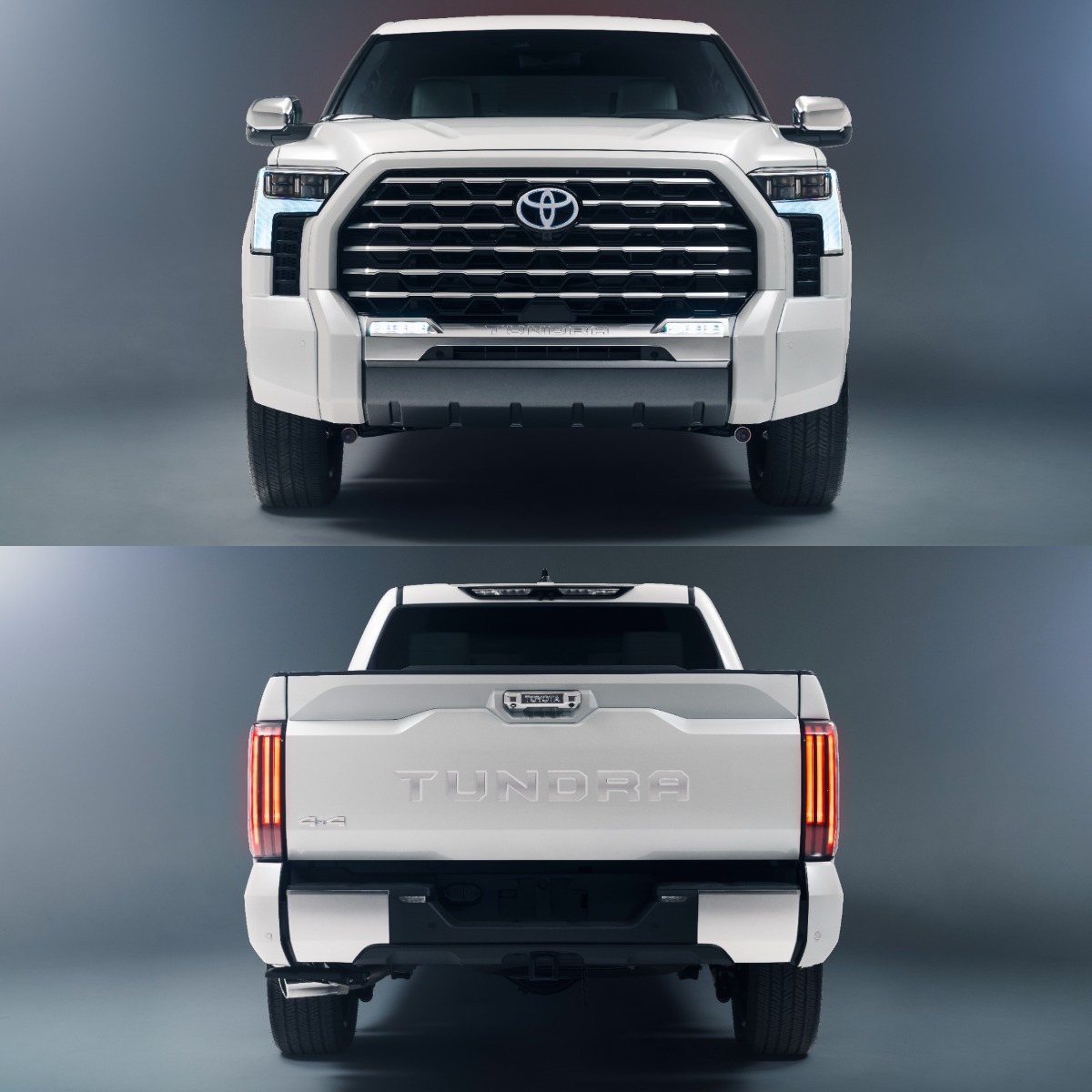 Trucks are no longer just getting people from point A to point B. Specifically, the 2022 Toyota Tundra Capstone isn’t just any truck. Toyota has put a lot of effort into the thoughtful design of the Capstone trim, and these are some things you need to know before you buy.

It shouldn’t be surprising that the 2022 Toyota Tundra Capstone is meant to stand out, even in a sea of ​​similar pickup trucks. One of the main selling points of the Toyota Tundra Capstone is the hybrid powertrain. The new iForce MAX hybrid powertrain with 437 hp from the twin-turbo V6 engine mated to a 36 kW electric motor powers the Capstone. With 583 lb-ft of torque, the Tundra Capstone is suited for cruising around town and taking a trip down the highway. Plus, it has a zero-to-60 mph time of 6.5 seconds, which is excellent for a truck of its size.

“i-FORCE MAX relies on a twin-turbo V6 engine but features a unique motor generator in the bell housing between the engine and the 10-speed automatic transmission designed to deliver maximum performance and maximum efficiency.”

You may not be familiar with Toyota Safety Sense yet, but it’s worth knowing. The Tundra Capstone will be equipped with the latest system, Toyota Safety Sense 2.5. Some of the features included are the Pre-Collision System with Pedestrian Detection to help detect vehicles or people before an accident. Toyota says it can see a “pedestrian in low light conditions, a cyclist in the daytime, an oncoming vehicle, and a pedestrian at intersections when turning.”

Toyota wants the 2022 Tundra to be able to detect danger before it’s too late. It will use audio and visual alerts under certain conditions. The Toyota truck also has emergency steering assist that can help stabilize the vehicle in such a situation. Dynamic Radar Cruise Control (DRCC), Lane Departure Warning and Lane Keeping Assist help keep the truck in its lane.

Toyota also has a rear seat reminder to remind drivers to check the rear seat if the driver opened a door within 10 minutes of being turned on. A reminder message is also displayed on the instrument cluster.

The Capstone is a stylish pickup truck

If you like chrome, of course. The Tundra Capstone comes with 22-inch wheels which the automaker claims are the largest ever offered from the factory. The grille has a color-keyed outer frame with more chrome. The word TUNDRA is reflected at the bottom of the grille. The seats are trimmed in semi-aniline leather and have a color scheme only found on this trim level.

The front door glass is made of acoustic glass to ensure that the cabin is as quiet as possible. The new 10-inch head-up display helps drivers stay on the road. A new 14-inch multimedia touchscreen is also featured.

If you’re trying to hit the 200,000 mile mark with a Toyota truck, why not try the 2022 Toyota Tundra Capstone? But beware buyer, this one won’t be easy to find by any means.