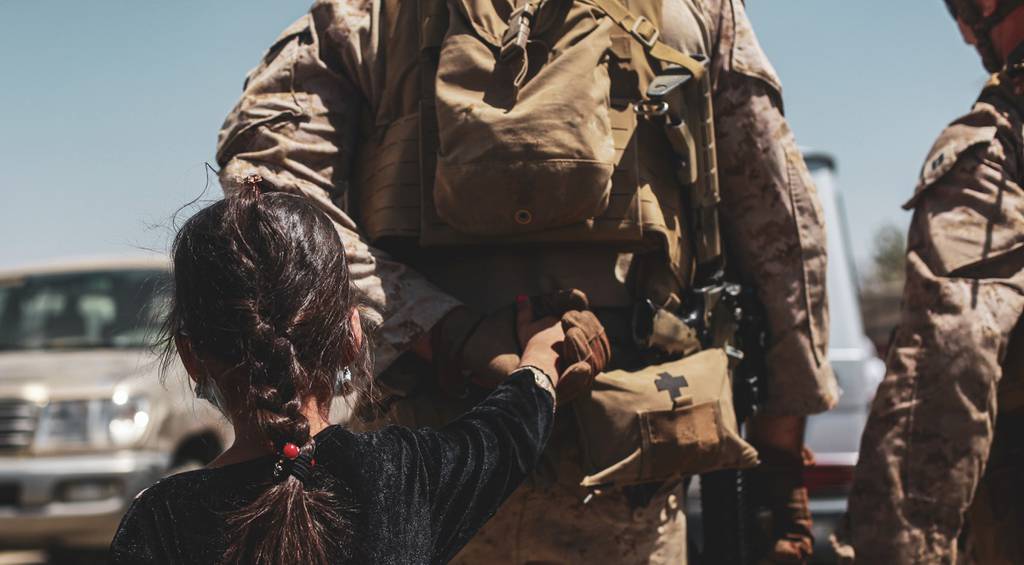 A Marine is still being treated at Walter Reed National Military Medical Center in Bethesda, Md., For injuries sustained in the August 26 suicide bombing at Hamid Karzai International Airport in Kabul.

The Marine is in “serious but stable condition,” said Captain Johnny Henderson, spokesperson for Marine Corps Manpower and Reserve Affairs, in an emailed statement.

“One Marine is receiving care at a specialized facility elsewhere in the United States,” Henderson added.

As of Tuesday, “16 (wounded in combat) Marines are now on the West Coast near their parent units and receiving outpatient treatment,” Henderson said. “Their recoveries are monitored and assisted by the Marine Corps Wounded Warrior Regiment.”

The Marines were processing the remaining refugees through the abbey gate when a suicide bomber carrying around 25 pounds of explosive approached them.

The Marines had been warned that an attack was imminent but kept the door open in hopes of getting a few more people through, including refugees associated with the British Army who were being treated at a nearby hotel.

The bomb killed 11 Marines, one Marine and one Soldier, as well as approximately 170 Afghans.

The terrorist organization Islamic State of Iraq and the Levant – Khorasan Province, known as ISIS-K, has since claimed responsibility for the attack.

After the explosion, several ISIS-K fighters began shooting at the crowd, but the Marines who survived the bombardment were able to eliminate them quickly before they could dramatically increase the number of casualties.

As of September 10, the Corps had approved 29 Purple Hearts, including those of the 11 Marines and Marine Corps members killed, while 12 were still waiting for the Marines who defended the airport.